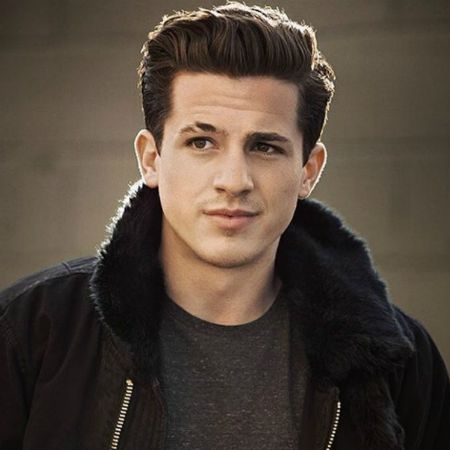 Charlie Puth is one of the famous American pop singers, songwriters,s and record producers. He is best known for his song, See You Again which was released in 2015 for the movie Furious 7.

Moreover, he is famous for his self-made videos and covers of songs which he has uploaded on Youtube. Besides these, he is well known for his work on Marvin Gaye, One Call Away, We Don’t Talk Anymore, Attention, and many more.

Charlie Puth was born on 2nd December 1991, Rumson, New Jersey, in the United States. As of 2019, he is 28 years old and his birth sign is Sagittarius. His mother, Debra is a music teacher, and his father, Charles Puth is a builder and real estate agent.

His Siblings and Educational Framework

He is the oldest among his siblings. His brother’s name is Stephen Puth and his sister’s name is Mikaela Puth. Charlie is an American by his nationality while he has a mixed ethnicity of German, Hungarian and Ashkenazi Jewish.

Talking about his educational history, Charlie Puth went to a Holy Cross School and Forrestdale Middle School after that Rumson-Fair Haven Regional High School in the year 2010.

He started playing the piano during his school days after that he went to the Manhattan School of Music Pre-College as a jazz piano major and a classical studies minor. After that, he finished his graduation from the Berklee College of Music in the year 2013.

What is the Net Worth and Salary of Charlie Puth in 2019?

Charlie’s net worth is estimated at around $10 million and his annual income is $9 million. He makes most of his fortune with his profession and in addition, comes his acting career.

Talking about his personal life, Charlie is not married yet. Currently, he is single and has not been in any relationship. The handsome superstar has been linked romantically to a number of celebrities such as Hailee Steinfeld,  Meghan Trainor, Selena Gomez, and Bella Thorne but none of these celebrities ever confirmed their relationship with him.

Talking about his physique, Charlie Puth has a tall height of 5 feet 9 inches and weighs around 70kg. He has a scar on his eyebrow. In his early years, a dog bites him and after that, he has a permanent scar. Moreover, he has got a hazel eyes color and his hair is of brown color. Similarly, his shoe size is 11(US).

A career as a Singer and his Songs