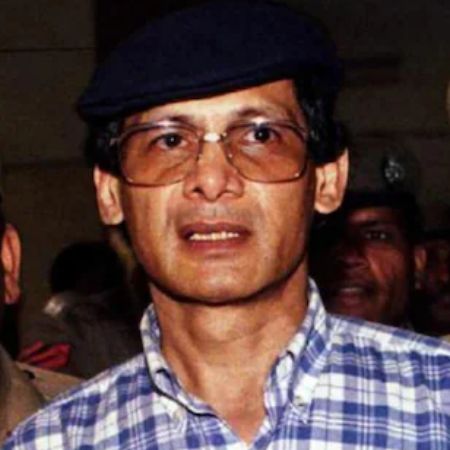 Charles Sobhraj is a French serial killer, fraudster, and thief who grabbed the spotlight because of killing at least 20 people in Afghanistan, India, Thailand, Turkey, Nepal, Iran, and Hong Kong  in the 1970s.

Where is Charles Sobhraj from?

Charles Sobhraj opened his eyes to this beautiful world on April 6, 1944. He was born in Ho Chi Minh City, Vietnam. As of 2022, he is 78 years years old and his zodiac sign is Aries. By birth, his real name is Hatchand Bhaonani Gurumukh Charles Sobhraj. Charles is also known by nicknames like Bikini Killer, The Splitting Killer, and The Serpent.

Charles’s father’s name is Sobhraj Hatchard Bavani and his mother’s name is Tran Loang Phun. Similarly, he grew up with his brother. His brother’s name is André Darreau. He holds French citizenship as a nationality. Likewise, Charles was born to a Vietnamese mother and an Indian father. So, he belongs to a mixed (Vietnamese and Indian) ethnic background. Furthermore, he follows Christianity as a religion.

Who did Charles Sobhraj previously marry?

Charles previously tied the wedding knot to Parisienne Chantal Compagnon. She came from a conservative family. Charles and Chantal tied their wedding knot in 1970.

Did Charles Sobhraj involve his first wife in crime?

Yes, Charles has also involved his first wife, Chantal Compagnon, in the crimes. He and Chantal traveled while she was pregnant and are thought to have committed petty crimes to get by, stealing from tourists. However, while they frequently got away with their crimes, it wasn’t always the case.

According to The Sun, the couple’s luck ran out in Afghanistan, where he and Chantal were imprisoned. According to the report, Chantal was given permission to return their daughter Usha to Paris. Later, Sobhraj allegedly escaped from jail, leaving his wife Chantal behind. She returned to her family in France later.

Did Charles Sobhraj and Chantal Compagnon have children?

Yes, Charles and Chantal have a daughter. His daughter’s name is Usha Sobhraj. She is a member of the Los Angeles Police Department Reserve Program since 2007. Currently, she is a former professional print journalist who graduated from Boston University. Charles’s daughter tied the wedding knot to Jason Sutliff, who is a Fire Captain in San Marino, California, on the outskirts of Los Angeles.

Charles is married to Nihita Biswas. Sobhraj met Nihita in prison while working as an interpreter for him. They engaged three months after the meeting. The couple married in 2008, in jail. Nihita was 21 years old when they married, and Sobhraj was 64.

She told the press that she fell for Sohbraj after he requested an interpreter in jail. She claimed he was innocent and that the charges against him were false, and she eventually married the international criminal.

Who is Charles Sobhraj’s Wife?

Nihita Biswas is Charles Sobhraj’s wife. His wife is a Nepali advocate, by profession. Nihita was born in 1897. She was born to a Bengali-origin businessman father and a lawyer and human rights activist mother. She went to St Mary’s High School in Kathmandu and received her law degree from Tribhuvan University.

What was Nihita Biswas’ mother accused of?

Nihita Biswas’s mother, Sakuntala Thapa is a lawyer and accused the judges of corruption in their decision to convict Charles Shobhraj.

Is there a film based on Charles Sobhraj?

Yes, there is. “The Serpent,” a BBC/Netflix drama set in 2021, is based on the alleged murders of Sobhraj.

How tall is Charles Sobhraj?

Charles stands at the height of 5 feet 8 inches tall and his body weight is 70 kg. Similarly, he has an alluring pair of brown eyes and his hair color is white in color.

Charles is a French serial killer, fraudster, and thief who murdered at least 20 people.

How long did Charles Sobhraj spend in prison?

Charles was imprisoned for 19 years.

Charles has returned to France after being behind bars for 19 years in Nepal.

Why is Charles Sobhraj referred to as The Serpent?

Sobhraj is referred to as The Serpent for his skill in slipping and sliding out of the judicial dragnet and returning to Nepal under a false identity to set up a shawl export company.