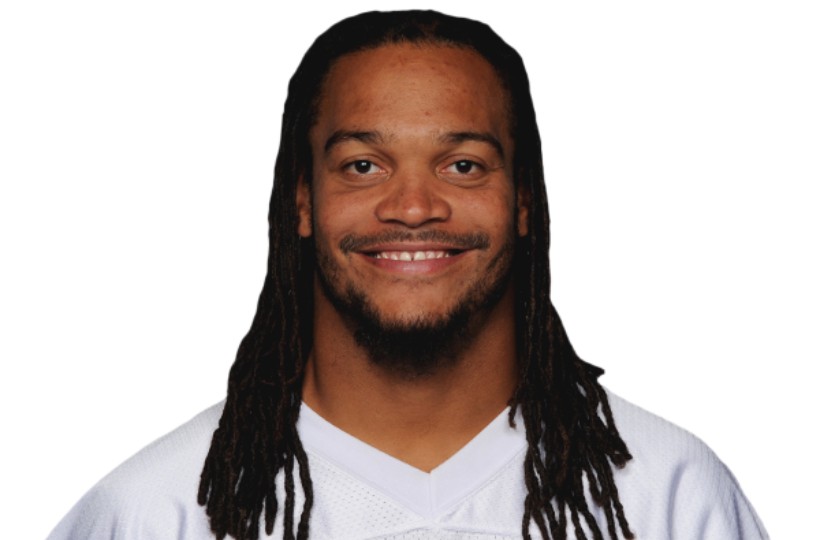 American former football player, Channing Crowder is currently serving as the co-host of the show Hochman, Crowder & Krantz on 560 WQAM. He previously played a linebacker in the National Football League (NFL).

Apart from his professional life, Channing is a family man. So, today we’ll discuss detailed information about his wife, children, family, and other many facts below:

Channing Crowder is a married man. He tied the wedding vows to a reality TV star, Aja Crowder. They dated for a couple of years and they finally shared the wedding knot in the year 2011 at a private wedding ceremony. Their wedding was held in The Breaker’s Hotel with stunning decor by Always Flowers where their close friends and family invited. On 2020’s valentine’s day, Aja wrote something on Insta saying:

“11 years and three kiddies later, you’re still my best friend and biggest support. Our love story is my favorite. Happy Valentines Day to everyone!! Keep loving and laughing.”

It has been a decade since the couple tied the wedding knot and their marriage life is going smoothly without any sign of divorce or separation. Besides, Channing’s past relationships are still missing from the media. He has not been involved in any part of rumors or controveries regarding his personal or professional career.

Who is Channing Crowder’s Wife?

Channing’s wife, Aja Crowder is an American reality TV star. She opened her eyes on 10th June 1986, somewhere in the United States of America. She started her professional career as a reality star and appeared on the series Baller Wives.

Apart from her TV career, she is a real estate agent with Coldwell Banker in Weston, Florida. During her senior days, she played as Division 1 Athlete while at Howard University.

How many children does Channing Crowder have?

Channing is blessed with three children, two sons, and a daughter from his marriage. He welcomed his first son, Channing III in the year 2011, his daughter, Ava Crowder was born in 2013 while his third child, Chaz Lee Randolph was born in 2020.

Channing’s wife, Aja often shares their pictures on her official Instagram account. During the birth of their third child, she posted a picture holding the baby’s hand saying:

“Welcome to the world my baby boy, Chaz Lee Randolph Crowder. I went into labor with you on my birthday. I gave birth to you in the midst of a pandemic taking the world by storm…I’m hopeful for change so by the time your feet hit the floor the world will be a better place. You are already made to be stronger than most.”

What is Channing Crowder doing now?

Channing is currently working as the co-host f the show Hochman, Crowder & Krantz on 560 WQAM. Also, he is often seen at a weekly YouTube podcast, I AM ATHLETE.

Where is Channing Crowder from?

Channing is originally from State College, Pennsylvania, the United States. Currently, he is living in a lavish house in Davie, Florida with his wife and three children.

Who are Channing Crowder’s Parents?

Channing was born to Randy Crowder (father) and Pauline Pope (mother). His father, Randy is a former American football player while his mother was a homemaker.

He grew up with his two siblings, Dacia and Alanna. He started his career as a football payer since he was nine years old.

Where did Channing Crowder go to college?

Channing finished his high school education at North Springs Charter High School in Sandy Springs, Georgia. After that, he attended the University of Florida in Gainesville, Florida.