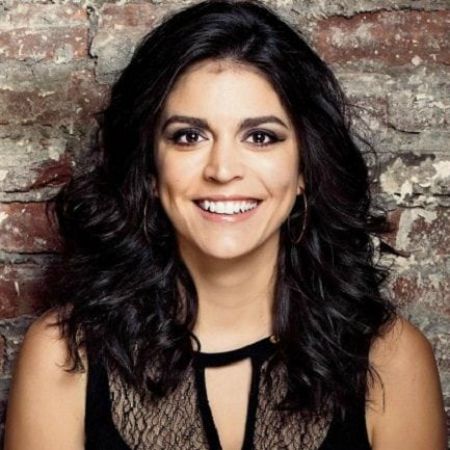 Is Cecily Strong still dating her Boyfriend? What is Her Net Worth 2022?

American actress and comedian, Cecily Strong is popular as a cast member of Saturday Night Live since 2012. Also, she appeared in other roles including the film Ghostbusters and voice work on The Awesomes.

Who are Cecily Strong’s Siblings?

Born on February 8, 1984, in Springfield, Illinois as the daughter of Penelope and William “Bill” Strong. As of now, she is 38 years old. Cecily Strong was raised in Oak Park, Illinois, an inner-ring suburb of Chicago. Her father worked as an Associated Press bureau chief and is now a managing partner at a Chicago public relations firm.

Her mother Penelope Strong is a nurse practitioner, having worked extensively at area hospitals. She is an American citizen who belongs to a white ethnical background. When she was small, her parents divorced. She grew up adoring SNL as a child with her friend.

“I had a tape of the best commercials, and I wore it out, every day.”

She enrolled at Oak Park and River Forest High School before transferring for her senior year to the Chicago Academy for the Arts, where she graduated in 2002. Then, she studied acting at the California Institute of the Arts (CalArts), graduating in 2006 with a BFA in theatre.

After graduating from CalArts, she returned to Chicago where she studied at the Second City Conservatory and iO Chicago.

Cecily Strong was in a relationship with her SNL co-worker Mike O’Brien in the year 2014. The former couple has worked on Saturday Night Live and started seeing each other. At first, they considered their relationship inappropriate as they are co-workers in most of the workspace.

When Cecily was asked a question regarding the issue in an interview, she replied,

Absolutely. It’s probably stupid. But I got the okay from my dad, who is a business professional. It happens. The good thing is I never feel like I’m complaining or talking about my job too much.

After that, her dating status in 2015 was very contradictory, as neither Cecily nor her then-boyfriend, Mike, made any updates about their togetherness. The couple did not make an announcement about their break-up either. It seems like they were keeping their dating life private.

In the year 2016, she finally confirmed the news of the breakup between Cecily and Mike in an interview

“I was just in Rome. I’m having an Italian love affair. I first met him in Seville, Spain, before I broke my foot in Ibiza.”

The actress did not mention the name of the guy, she did spill the details about her boyfriend.

“He’s studying to be a diplomat, which is nice. It’s all very new. So who knows if it’ll be a thing? But it’s still fun. He reminds me of Roberto Benigni in a way. We’ve talked every day for two months. I’m not rushing into anything, I promise. If I were too emotionally attached, I’d be too scared to talk about it.”

There are differents speculating about her love life when news of Cecily’s pregnancy began floating around when a fan mistook her weight gain for her being pregnant.

“I felt like I was betraying myself not to say anything. I thought of myself as a 12-year-old. I’ve never had a hot bod or been seen that way. I didn’t want to make it a big deal, but it was nice to feel support from other girls. Boys get it too. It’s not even just a girl issue”.

What is the Net Worth of Cecily Strong as of 2022?

American actress and comedian, Cecily Strong has an estimated net worth of $4 million as of 2022. She earned this hefty amount of worth from her career. She made massive money from acting; has earned 22 acting credits.

Also, the actress Cecily voiced in The Awesomes (2013-2015) alongside Kenan Thompson and in Matt Groening’s animated TV series The Simpsons (2018).

American actress Cecily possesses a beautiful hourglass-shaped body with a measurement of 37-27-38 inches. She stands at a height of 5 feet 8 inches along with a bodyweight of 65 kg.

Who is Cecily Strong?

American actress and comedian, Cecily Strong is popular as a cast member of Saturday Night Live since 2012. Also, she appeared in other roles including the film Ghostbusters and voice work on The Awesomes.

When was Cecily Strong born?

Born on February 8, 1984, in Springfield, Illinois as the daughter of Penelope and William “Bill” Strong. Cecily Strong was raised in Oak Park, Illinois, an inner-ring suburb of Chicago.