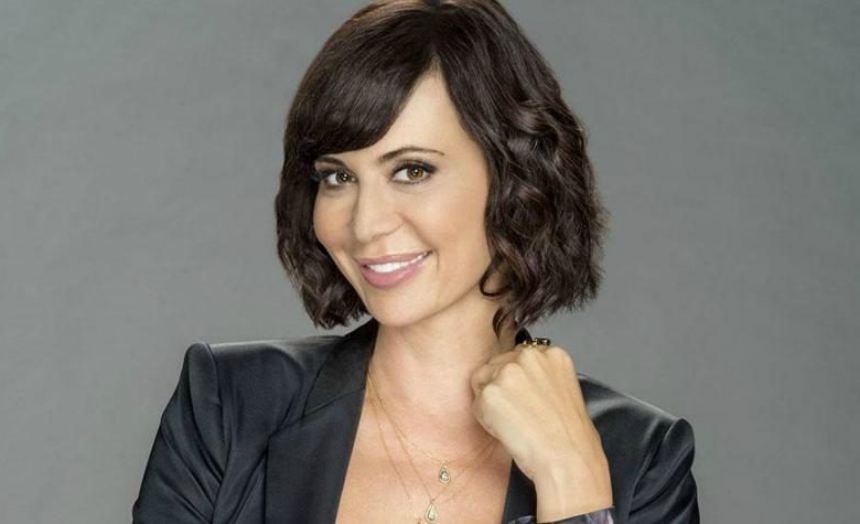 Catherine Bell is a wonderful actress from the United States who is famous for her role in the TV series, The Good Witch which airs in Hallmark Channel since the year 2008. She was born in the United Kingdom as a Roman Catholic to a Scottish father and an Iranian mother but has now embraced Scientology.

There are some interesting facts about her relationship. Let’s find out.

The couple had two children together. Their daughter Gemma was born on 16th April 2003 while their son, Ronan was born on 21st August 2010. They lived with their children in a wonderful, huge and luxurious mansion in Calabasas, California which was of 5700 square feet and was a Tuscan-style villa. However, the couple sold the mansion in the year 2010. Also, in September 2011 announced that they were divorcing. Catherine’s representative released a statement at that time which read:

“They remain great friends. They’re committed to raising their two children together.”

Catherine Bell who was previously married to Adam Beason has found new love in her life. We can find out that she has a different sexual identity because she currently is in a lesbian relationship with her girlfriend, Brooke Daniells. Catherine’s partner is her fellow Scientologist, photographer, and party planner. Brooke is also the daughter of Penny Atwell Jones who was an actress.

Some resource also revealed that Bell separated with the former husband Adam Beason to be with her long-term partner. The interesting story is Brooke also divorced her husband before she and Catherine started living together which led the media to believe that their divorce was due to their affair. Soon after her separation from Adam, Catherine started living together with her girlfriend Brooke Daniells, in Los Angeles. She has maintained her love life private and has not made any public appearances with her girlfriend.

Catherine’s father Peter Bell is Scottish whereas her mother Mina Ezzati is an Iranian. Her father used to work with an oil company as an architect while her mother Mina had emigrated to London to study nursing. They felt an instant connection between them and they married after some years. When Catherine was just two years old, her parents divorced.

Later, Mina got her custody so Catherine was subsequently raised by her mother’s family which eventually moved to California’s San Fernando Valley. Talking about her growing up days, she said:

“I am definitely a Valley Girl. I was a tomboy who liked to skateboard, play football, and push the envelope a little bit.”

She was formerly a married woman. Catherine met screenwriter, actor and production assistant Adam Beason during their filming of the 1992 film; Death Becomes Her. They dated some years and married on 8th May 1994.

Caption: Catherine Bell with her kids

Their marriage saw to the birth of two children; a daughter Gemma who born on 16th April 2003 and a son Ronan who was born on 21st August 2010.