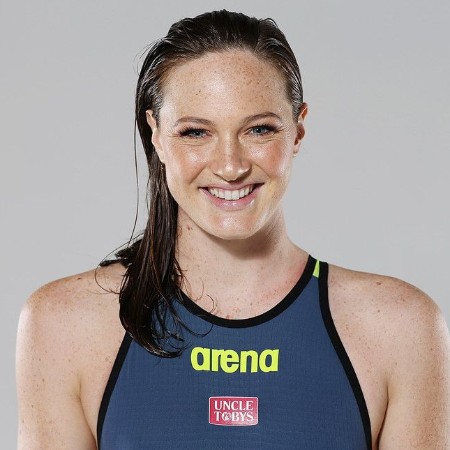 Malawi-Australian swimmer, Cate Campbell is famous for her competitions as a member of the Australian national team.

How old is Cate Campbell?

Cate Campbell opened her eyes on 20th May 1992, in Blantyre, Malawi. As of 2022, she is 30 years old while her horoscope is Taurus. Her birth name is Cate Natalie Campbell. Every year, Cate celebrates her birthday on 20th May. She is the first child of Jenny Campbell (mother) and Eric Campbell (father). Her mother is a nurse while her father is an accountant.

She grew up with four siblings, three sisters, Bronte Campbell, Jessica Campbell, Abigail Campbell, and a brother, Hamish Campbell. Her sister, Bronte is also a swimmer like her. Their mother taught them to swim. Cate holds dual nationality, Malawi-Australian while her ethnic background is mixed.

What school did Cate Campbell attend?

Cate was homeschooled as children. After moving to Australia in 2001, she attended the Kenmore State High School in Brisbane, Queensland. She completed her graduation from the Queensland University of Technology in Brisbane, Australia.

What is Cate Campbell’s Net Worth?

Cate Campbell has an estimated net worth of around $1.5 million as of 2022 which she earned through her career as a competitive swimmer. According to some online resources, the average salary of a swimmer in Australia is $26,000 per year. So, Cate might be earning the same range of salary but the actual figure of her salary is still missing from the media.

She has recently signed a deal with a swimming company, Arena from where she earns a decent amount. Also, she is earning some amount by endorsing, sponsoring, and advertising several sports fashion brands and companies. Being a hardworking lady, Cate’s net worth and salary will definitely rise higher in the future days. Cate lives a lavish and fulfilling lifestyle with her family members in Australia.

Does Cate Campbell have a Husband?

Cate Campbell is not married so she does not have a husband at the moment. In fact, she is single and not involved in any kind of romantic relationship. Cate has never talked about her relationship or love affairs publicly with the media. She can be often spotted with her male friends in pi8blic but she never mentioned anyone as her husband or boyfriend to the media.

As of now, Cate is living a single life and she is concentrating on her career rather than being with anyone else. Cate’s past relationships and love affairs are missing and she has never been involved in any sorts of rumors or controversies regarding her personal or professional life.

What does Cate Campbell weigh?

Cate weighs around 74kg while her height is 6 feet 1 inch tall. Her other body measurements like bust size, hip size, shoe size, waist size, dress size, etc are missing at the moment. Cate has dark brown colored while her eyes are hazel in color.

In the year 2018, Cate was diagnosed with stage one melanoma which was developed in a mole on her body. Her doctor removed the mole but it left a scar on her biceps. Currently, Cate’s health is in stable condition. Once in an interview, Cate talked about her health. She said:

“I just went in for a routine skin check and the dermatologist just didn’t really like the look of one of the moles, which had been on my arm my whole life and I hadn’t noticed any changes.”

How many Olympics have Cate Campbell won?

Cate has won five medals at the Olympics game, one silver medal, one gold, and three bronze medals. She has competed at four Olympics, including two Commonwealth Games, four World Championships, and three Pan Pacific Championships.

Why is Cate Campbell famous?

Malawi-Australian swimmer, Cate Campbell is famous for her competitions as a member of the Australian national team.

What is the nationality of Cate Campbell?

Cate is Australian by nationality.

What is the ethnicity of Cate Campbell?