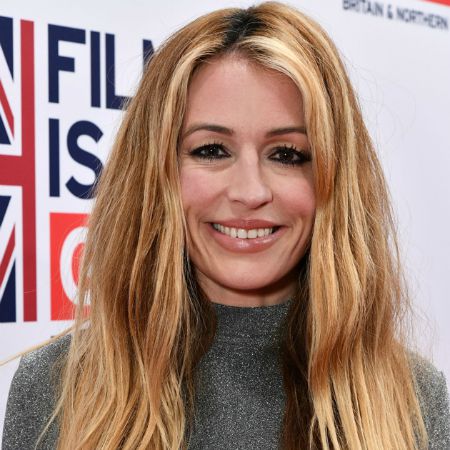 What is Holly Valance Net Worth 2022? Who is her Husband?

English television presenter, actress, singer, and model who is well-known for hosting So You Think You Can Dance. Moreover, she has appeared in many shows and films.

When was Cat Deeley birthed?

Cat Deeley was born Catherine Elizabeth on 23 October 1976 in Birmingham, England. She was born at  Sandwell General Hospital located in West Bromwich, England. As of 2019, her age is 42 years old while her birth sign is Scorpio. She is the daughter of Howard Deeley (father) and her mother’s name is Janet Deeley.

Cat holds British nationality and belongs to an English ethnical background. She grew up along with her brother Max Deeley in Sutton Coldfield and Great Barr.

She used to play the clarinet in the Sandwell Youth Concert Band in the school. The Cat joined the sixth form at Bishop Vesey’s Grammar School located in Sutton Coldfield.

Cat started her career at a BBC for clothes shows at the age of 14. At the age of 16, she got into a modeling career and named herself Cat. In 1997, she left working in the modeling field. Later, she turned to MTV as a co-presenter. Also, she hosted one of the Saturday morning children’s programs with Ant & Dec named SM: TV Life. From 1998 to 2005, she hosted other spin-off programs CD: UK  and CD: UK Hotshots.

For her excellent work, she was awarded the Children’s BAFTA award. Also, she was seen in a television advert for Marks and Spencer in 2002. Similarly, she had hosted different other programs such as The Record of the Year, Fame Academy, The 2004 Brit Awards, and Stars in Their Eyes.

She appeared as the host of a weekly broadcast on London’s Capital FM and BBC Choice series. She also interviewed Kylie Minogue for a television off the concert, Money Can’t Buy in the year 2003. In the year 2005, Cat provided more works to do and she played in an episode of Little Britain. She also provided the voice in the UK version film  “Loretta Geargrinder”, and built her acting career.

Career from 2011 to Present

She continuously worked on various big projects the series Royally Mad for BBC America and also launch the show for ITV’s Soccer Aid appeal in 2011 and in 2012 continuously.

Similarly, she appeared as a panelist on the game show named Celebrity Name Game which was hosted by Craig Ferguson between 2014 to 2016. She also played a role in Ant & Dec’s Saturday Night Takeaway in the year 2017.

After that, she presented the game show called Big Star Little Star on 31 May 2017. Cat also began to present in the talent contest Sing: Ultimate A Cappella for Sky One in the United Kingdom in October 2017.

What is Cat Deeley Net Worth?

Cat Deeley has an estimated net worth of around $10 Million with a salary of $60 Thousand Per Episode. She earned this much worth from her multi-career as a host, model, singer, as well as actress.

Who is Cat Deeley Husband?

Cat Deeley is now a happily married woman. Her husband’s name is Patrick Kielty who is a comedian and television personality from Northern Ireland. The couple first met each other in Nov 2011 then dating each other for 8 months. The duo exchanged wedding vows on 30th Sep 2012 after 2 months of engagement.

From her relationship, they welcomed a son Milo Kielty. Similarly, they also shared a second child as a son James. It has been more than 5 years since their marriage and they are still together.

Her Ex-Husband and Past Relationship

Talking about her past relationship, she has been in relationships with Michael McMillian. After that, from 2000 to 2001, she also in a relationship with Huey Morgan.