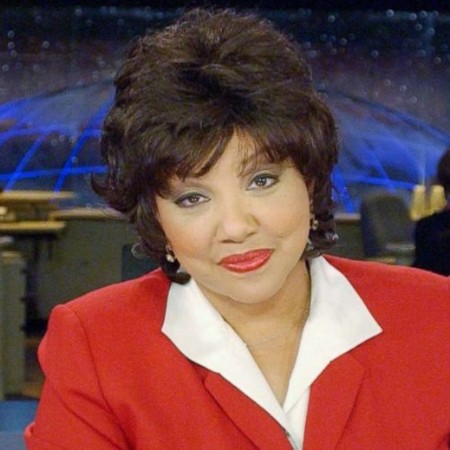 Where was Carole Simpson born?

Carole Simpson entered this world on 7th December 1941, in Chicago, Illinois, the United States of America. As of 2021, Carole is 80 years old while her horoscope is Sagittarius. Carole celebrates his birthday every year on the 7th of December. She is the daughter of Lytle Ray (father) and Doretha Viola Wilbon Simpson (mother).

By nationality, Carole is an American while she belongs to African-American ethnical background. Carole follows Christianity as her religion.

Which College did Carole Simpson attend?

Carole finished her high school education at Hyde Park Academy High School in Chicago, Illinois. After that, she attended the University of Iowa in Iowa City, Iowa. She completed her graduation at the University of Michigan in Ann Arbor, Michigan.

Yes, Carole is a happily married woman. She tied the wedding knot to her long-term boyfriend, Jim Marshall aka James Edward Marshall. Some online resources reported that her husband, Jim is a former engineering student at Michigan University. They tied the wedding vows on 3rd September 1966 at an intimate wedding ceremony where their close friends and family were invited.

The couple has been married for five decades and they are still having a great time with each other. The couple seems to be each other’s first and true love as there are no details on their past relationships.

How many children does Carole Simpson have?

Carole has two children, a daughter, and a son with her husband. Their daughter, Malika Marshall-Hurd is biological while the couple adopted their son, Adam Marshall.

Their daughter, Malika is a journalist and physician. The entire Marshall family lives happily in the apartment in downtown Boston.

How much is the Net Worth of Carole Simpson?

Carole Simpson has definitely earned a decent amount through her journalism career. According to some online resources, an average salary of a journalist in the United States is $53,939 per year.

Being a media personality, she makes a hefty amount through advertisements, sponsorships, and endorsements of several fashion brands and companies.