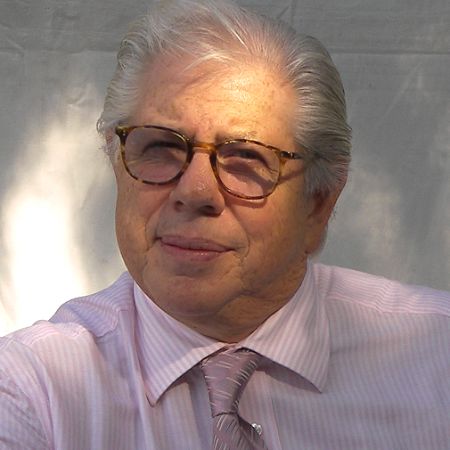 American journalist and author, Carl Bernstein is famous for his investigation for breaking the 1970s Watergate scandal.

How old is Carl Bernstein?

Carl Bernstein was born on 14th February 1944, in Washington, D.C., the United States of America to a Jewish family. As of 2021, he is 77 years old while his horoscope is Aquarius. Carl celebrates his birthday on 14th February. He is the son of Alfred Bernstein (father) and Sylvia Bernstein (mother). Both his parents were famous civil rights activists and members of the Communist Party.

It is still unclear if Carl has any siblings or not. As per nationality, Carl is an American while he belongs to mixed ethnical background.

Where did Carl Bernstein receive his college diploma?

Carl completed his education at the Montgomery Blair High School in Silver Spring, Maryland. Later, he attended the University of Maryland in College Park, Maryland but he dropped out the college and did not receive any college degree. He left the college to start his career as a full-time reporter in the year 1965.

What is Carl Bernstein’s Net Worth?

Carl Bernstein has an estimated net worth of around $16 million as of 2022 which he earned through his professional career as a journalist and author. According to some online resources, the average annual salary of an American journalist and author is $41,960 and $51,235 respectively. So, Carl might be earning the same range of amount as his salary but the exact amount is still missing from the media.

If he continues his career then his net worth and salary will undoubtedly rise higher in the future days. Besides, Carl might be earning a decent amount through several sponsorships and endorsements of brands and companies. Without any doubt, we can say that Carl lives a lavish and fulfilling lifestyle with his family members in the United States.

Who is Carl Bernstein married to?

Carl is a married man. He has not just married once, he has married thrice in his life. At first, he tied the wedding knot to a fellow reporter, Carol Honsa in the year 1968. Their marriage did not last long, so they had to end it through a divorce in the year 1972. Later, he married an American writer and director Nora Ephron from 1976 to 1980.

Carl married the third time Christine Kuehbeck. His wife, Christine is an American former model. They dated for several years and finally shared the wedding vows in the year 2003 in the presence of their close friends and family. The couple is living a happy and blissful life together at the moment. Besides, he also had some love affair with Bianca Jagger, Martha Stewart, and Elizabeth Taylor.

How many children does Carl Bernstein have?

His first son, Jacob is a journalist like his father while his other son, Max is an actor. Both of them have a special bond with their father.

How tall is Carl Bernstein?

Carl stands at a height of 5 feet 8 inches with a bodyweight is 70kg. He has perfect body measurements but his chest size, hip size, biceps size, etc are missing at the moment. Carl has grey-colored hair while his eyes are dark brown in color.