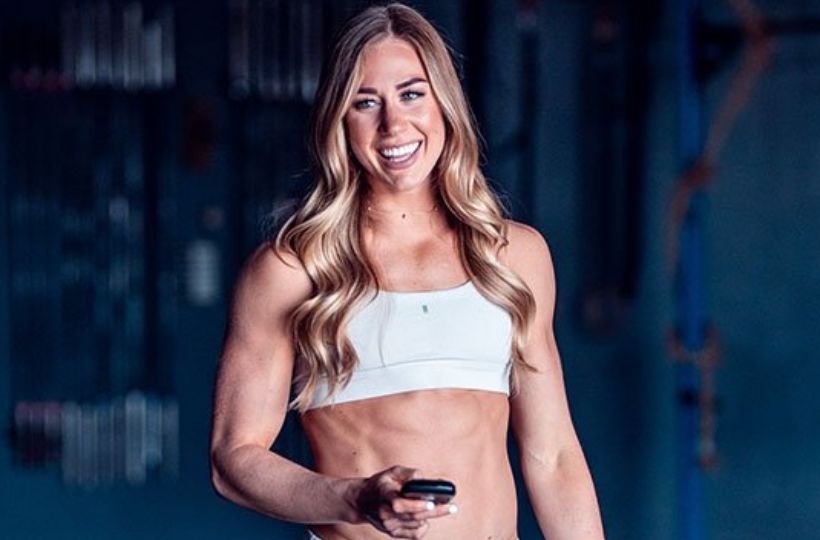 Who is CrossFit Athlete-Brooke Wells’s boyfriend? Are Brooke and Sydney Wells identical twins? Details on Her Personal Life with Quick Facts!

American CrossFit athlete, Brooke Wells came to the media spotlight after winning the title of the 2015 Central Regional CrossFit event. Besides, she is a role model and inspiration for several women in the fitness industry.

Not only his professional life is at the hype but his personal life is also a topic of matter for most of his fans. Let’s find out more about her boyfriend, sister, and other many interesting facts below:

Who is Brooke Wells’s boyfriend?

Brooke Wells is single and she is not dating anyone at the moment. So, Brooke does not have a boyfriend at the moment. She can be often spotted with her male co-stars and friends but she never mentioned anyone as her boyfriend or husband to date. Also, she is quite clear about the type of man she wants to date. Brooke had talked about her dream boyfriend during an interview in the year 2017 saying:

“I could maybe date someone who I could share a bar with, but definitely nothing below that. And again, it’s not anything to do physically. It’s more that it clearly means they don’t spend much time in the gym and probably don’t enjoy it.”

It seems Brooke has not found anyone worthy to be called her boyfriend that’s why she is concentrating on her professional career. Brooke is enjoying her single life. She prefers to spend her leisure time traveling and vacationing with her close friends and family members. Brooke might have dated some handsome guys in her past days but she is yet to share the information with the media.

Brooke was rumored to be dating the Crossfit star, Alec Smith in August 2018. The rumors started to swirl on the internet when she posted the picture of their Bahamas vacation on her Instagram account with a caption that hint they were dating. Later, it was found out that it was all a prank made by Brooke and Alec to make everyone believe they were dating.

After returning from the trip, Brooke opened up about her relationship with Alec. She mentioned that Alec was not her boyfriend but he is a guy who was friend-zoned by her. Brooke is free of rumors and controversies regarding her personal life at the moment.

What does Brooke Wells eat?

Brooke is concern about her diet. During an interview with some online resources, she mentioned that she eats a lot of carbs the night before her games and competitions along with a large amount of fat which helps to slow the digestion of the carbs.

Brooke loads up on food the night before so that she does not have to eat as much on the day. She recommends a huge breakfast too and she also mentioned that her go-to breakfast is eggs, fruit, and oatmeal.

Did Brooke Wells break her elbow?

Brooke did not break her elbow but she dislocated it during Event 12 at the 2021 CrossFit Games. Following the Game, she received an MRI, which revealed the following details of her injury, so had to go through surgery to reconstruct her elbow.

Yes, Brooke and Sydney Wells are identical twins. Her twin sister, Sydney is a track and field athlete. Sydney also mentioned that she is also interested in CrossFit and she may try it in the future days like her sister.

Where did Brooke Wells go to college?