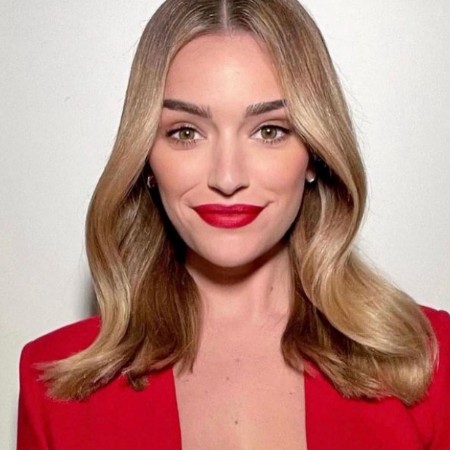 An American actress, Brianne Howey became popular from the Fox supernatural horror The Exorcist and the Fox thriller The Passage.

What Age is Brianne Howey?

Brianne Howey opened her beautiful pair of eyes for the very first time on May 24, 1989. Brianne was born in La Cañada Flintridge, California, United States. As of 2023, Brianne is 33 years old. Brianne cuts her birthday cake annually on the 24th of May and her star sign is Gemini. Brianne Nicole Howey is her real name.

She was born as the first child among five siblings and her sister’s name is Calian Howey. Her paternal grandparents were Richard William Howey and Carleen Sue “Tudi” Magnuson while Albert Braun, Jr. and Toni Antoniak are her maternal grandparents.

Where did Brianne Howey go to College?

She joined a Catholic high school which is located in Pasadena. Then, she studied at New York University Tisch School of the Arts and graduated holding a Bachelor’s degree in Fine Arts in 2011. She also joined the Lee Strasberg Theatre and Film Institute and studied theatre.

Does Brianne Howey have a Husband?

Brianne is married to her boyfriend, Matt Ziering. Her husband, Matt is a California-based lawyer who graduated from Loyola Marymount University. In 2015, they met for the very first time with the help of mutual friends in a bar.  They dated each other for four years and decide to get married in October 2020.

But, due to Covid-19, their marriage got postponed, and finally walked down the aisle on July 24, 2021, at their family home in Palos Verdes, California. As of now, they are living happily as a married couple for a year.

What is Brianne Howey’s Net Worth?

How tall is Brianne Howey?

Brianne has a tall height of 5 feet 6 inches and a body weight of 52 kg. Her body measurement is 32B-25-35 inches. In addition to this, Brianne has a beautiful pair of brown colored eyes while her hair color is blonde in color.

Does Brianne Howey really have an accent?

No, Brianne doesn’t have any accent. But, her character in the series Ginny and Georgia had a Southern accent. She played the role of Georgia in the series.

How did Brianne Howey get famous?

Brianne became popular for her acting. Her work on Twisted Tales and I Live With Models made her popular and she also appeared in Horrible Bosses 2 while sharing the screen with Jason Bateman and Jason Sudeikis.

Who did Brianne Howey play in Hart of Dixie?

Howey played the role of Lulabelle in the series named Hart of Dixie. She appeared in the episode titled A Better Man and the series was aired in 2014.

No, Brianne and Julia Roberts aren’t related to each other. Both of them are popular American actresses but do not belong to each other.