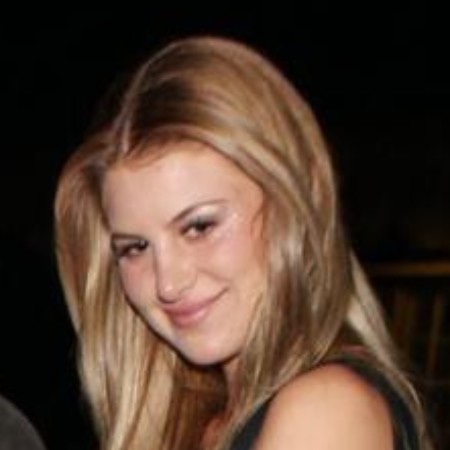 Stylist Briana Jungwirth caught the media for becoming pregnant with the child of One Direction’s singer Louis Tomlinson.

Who is Briana Jungwirth’s Mother?

Briana Jungwirth opened her eyes to this beautiful world on January 26, 1992. She was born in California, USA. As of 2022, she is 30 years old. According to her full date of birth, her sun sign is Aquarius. Briana celebrates her birthday on the 26th of Jan every year. She was born to Tammi Clark (mother) and Joe Jungwirth (father).

By profession, her mother was a former bikini model and actress while her father is a construction manager. She has one brother Austin Clark and one stepbrother, Brett Clark. Briana holds American citizenship and belongs to white ethnic background. Similarly, she follows Christianity as a religion.

Where did Briana Jungwirth study?

Briana completed her high school at Agoura High School in 2010. It is located in Agoura Hills, California, United States.

Does Briana Jungwirth have a Boyfriend?

Briana is not in a relationship so she does not have a boyfriend. She is single. She loves spending quality time with her friends and family. In the coming days, she might date the person she would love to spend her time with.

Who did Briana Jungwirth previously date?

Briana was in a relationship with Louis Tomlinson. By profession, Louis is an English singer and songwriter. In April 2015, Briana and Louis were paired up by a mutual friend, and they subsequently had a fleeting romance. After he dumped his longtime girlfriend Eleanor Calder, their relationship went public.

The duo dated briefly in April of that year, and the two were first spotted together leaving The Argyle club in Los Angeles on May 4. She reportedly split up with him at the time of the revelation and was residing in a hotel that was paid for by the singer.

When Braina publicly criticized Louis’s new girlfriend Dannielle Campbell on Twitter in July 2016 after tabloids published pictures of Dannielle holding Freddie, the rift between the two became apparent. He asked her to stop attacking his son on social media after she attacked his girlfriend.

Is Briana Jungwirth a mother?

Briana is the mother of one child. She and her ex-boyfriend Louise gave birth to a son. His name is Freddie Reign Tomlinson (born on January 21, 2016).

Who has custody of Briana Jungwirth’s son?

Because of the fight, Louise was prevented from seeing their child by Briana. Which led Louise to file a lawsuit and launch a contentious custody dispute. Later, they came to a short-term agreement that gave Tomlinson access to his son without granting permission for overnight stays. It’s thought that he wants to share custody of their child. In January, the two parents came together for their son’s first birthday.

What is Briana Jungwirth’s Net Worth?

Briana has an estimated net worth of around $1.5 million by 2022. he is able to collect this decent sum of money from her career as a stylist. An average salary of an American stylist is around $23,215 and $34,331. She might be earning the same amount from her styling career.

Similarly, her ex-boyfriend Louise has an estimated net worth of around $70 Million as of 2022. He is able to collect that hefty sum of money from his career as an English singer and songwriter. Aside from his music career, he is also earning extra money from endorsement and sponsorship.

How much child support money did Briana Jungwirth receive?

Briana received about $15 million as child expenses following her split from her baby daddy, Louis Tomlinson. Additionally, the woman receives a monthly allowance of $1500.

How tall is Briana Jungwirth?

Briana stands at the height of 5 feet 4 inches and her body weight is 57 kg. Similarly, she has an alluring pair of brown eyes and beautiful long blonde hair.

What is the nationality of Briana Jungwirth?

Where did Briana Jungwirth study?

Briana completed her high school at Agoura High School in 2010. It is located in Agoura Hills, California, United States.

Did Briana Jungwirth and Louis Tomlinson ever date?

Yes, Briana Jungwirth has dated Louis Tomlinson. Louis and Briana began dating in May 2015 after being introduced by mutual friends.

How tall is Briana Jungwirth?

Briana stands at the height of 5 feet 4 inches tall.