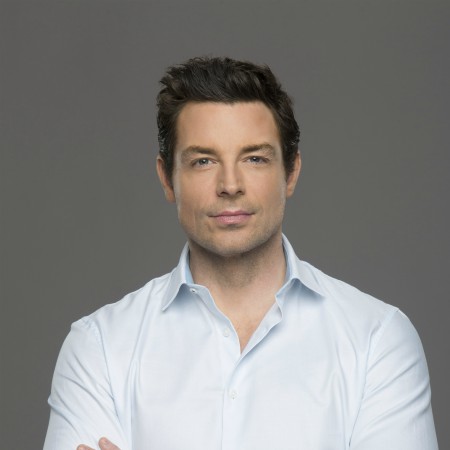 Is Brennan Elliott Married? Who is His Wife? His Net Worth 2022, Cancer,

Canadian actor, Brennan Elliott is well-known for his role as Dr. Nick Biancavilla in the Lifetime medical drama series, Strong Medicine. Also, he featured in the recurring roles on “The 4400”, “Cedar Cove”, and “UnREAL”.

What is Brennan Elliott Ethnicity?

On the 24th of March, 1975 Brennan Elliott was born in Calgary, Alberta Canada. As of now, he is 47 years old. By birth his sun sign is Pisces. His parents were originally from Northern Ireland. So Brennan is of Irish ethnicity having Canadian nationality. His father worked as a bank manager and his mother worked for a finance company.

But details on his parents are still under review and only child of his parents. After the divorce of his parents,’ he had to go live with his paternal grandmother. Then he moved to New York hoping for better education and get a degree from the prestigious Actor’s Studio at the Juilliard School.

Is Brennan Elliott Married? Who is His Wife?

Brennan has a pretty interesting love story with his wife Cami Elliott. The couple supposedly met for the first time back in the 1990s when he was still trying to find his place as an actor. They were first introduced to each other through a mutual friend. After their first meeting, the couple soon started dating and love blossomed.

The couple stayed together and officially exchanged the wedding vows with his wife Cami in 2011. They are together since their marriage. He became the father of two kids; son and daughter. But they kept the details of their kids secret. Also, he mentioned that the reason why he does everything in his power to be there for his family is based on the trauma he faced growing up in a broken home, independent of his own Parents’ lived.

Brennan says that he does not want the same experience for his children. He is a loving husband and a proud father of two kids. Also, he shares a picture of his wife and kids which shows how attached he is to his children and wife. Brennan and his spouse Cami have been having a blissful married life for more than 8 years. With his family, he lives in Canada.

Does Brennan’s Wife Suffer from Cancer?

Actually, Brennan’s wife Cami suffered from cancer in the past. The actor revealed that his wife had a battle with cancer and was able to beat the disease. Now his wife Cami is cancer-free. In an interview, he said

“My wife battled cancer and is now cancer-free, thank God, so I’m happy to support anything that has to do with any kind of cancer victims or cancer research, especially involving stomach cancer, which in itself is extremely rare. I’ve been on the frontlines [of battling cancer], it’s terrible. And it takes a lot of strength. I believe I’m a fairly strong person but my wife is way stronger than I am.”

“I’ve also been thinking about the front-liners — the nurses, the doctors, the people that are the caregivers. My mom was a nurse for most of my life until she retired so I grew up in nursing homes and hospitals. I had a lot of respect for what people do but I didn’t really realize everything they were doing cuz I was young. So I have to give appreciation and thanks to the nurses and the doctors and cops and firefighters, everybody out there on the front lines. They inspire me to work harder and be a better human being and be more selfless.”

What is the Net Worth of Brennan Elliott as of 2022?

Brennan is active in the entertainment field since 1996 earning a decent sum of money from his professional career. Brennan Elliott has a net worth of $3 million as of 2022 collected by featuring in hits movies and Tv series. The average salary of a Canadian actor is around $118652 per year. But we are sure he earned more than the average salary.

He featured in the comedy-adventure film Night at the Museum: The Secret of the Grave which collected worth over $363 million at the box office. Also, Brennan bought $2.2 million family-sized residences in the foothills of the rapidly gentrifying community of Studio City.

What is the Height of Brennan Elliott?

The 45-years-old Brennan stands at a height of 6 feet 4 inches i.e 1.93m. The actor Elliott has attractive looks who maintain his body features. While his body weighs around 99kg i.e 218Ibs. He has dark brown eyes with black hair color.