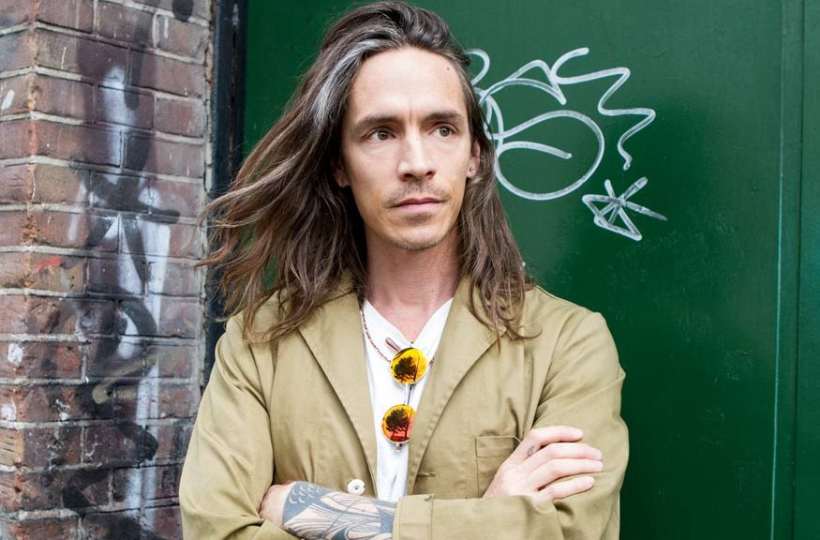 Is Brandon Boyd from Incubus Married or in a Relationship? Is Sarah Brandon Boyd’s new girlfriend?

American singer, Brandon Boyd is famous for serving as the lead vocalist of the famous band, Incubus. Besides, he is also a songwriter, author, and visual artist.

There are many rumors swirling in the name of Brandon’s wife and girlfriend. Stay with us to find out whether it is true or not.

Is Brandon Boyd Married or in a Relationship?

Brandon is not married neither he is in any kind of relationship. He is living a single life and he has not been involved in any sort of relationship or love affairs at the moment. He seems to be more focused on his singing career rather than being with anyone.

Brandon is an open guy so if he ever ties the wedding knot with someone he will certainly share the news with his fan followers. As of now, Brandon is living a single and happy life.

No, Sarah Hay is not Brandon’s new girlfriend. There is no reliable information about Sarah being Brandon’s girlfriend. The rumor swirled in the public when the anger posted a painting which was named Sarah with red spirals in the year 2020.

Following Brandon’s post, Sarah posted some photos with Brandon on her Instagram captioning “Missing my quarantine bubble buddies”. People started to assume them as a couple but it is still unclear if they are buddies or more than that.

How long did Brandon Boyd and Carolyn Murphy date?

Brandon and Carolyn Murphy dated for around 7 years. They started to date in the year 2002 but their relationship came to an end after seven years. They separated the ways in November 2009.

Yes, Brandon Boyd is a vegan. He talked about his lifestyle of being a vegan with some online media. He said:

“My name is Brandon Boyd. I am a Los Angeles native, a Vegan sympathizer, an artist by day and come nightfall I sing in a band called Incubus.”

What is the lead singer of Incubus doing now?

The lead singer of Incubus, Brandon is currently serving as a singer, songwriter, author, and visual artist. He has recently published three books of artwork and lyrics and establish a parallel career as a visual artist.

Brandon was born to Dolly Wiseman (mother) and Chuck Boyd (father). His parents are also from the entertainment industry. He grew up with his two brothers, Jason Boyd and Darren Boyd. His brother, Jason is also a musician who is the former lead singer of the band Audiovent.

Brandon has a close bond with his family. Brandon has been a chick-magnet since his early childhood days. When he was studying in fourth grade, a sixth-grade girl from his school followed him to his home. His mother added:

“Even when he was a small child, he had this charisma… Girls loved him. He had pale blond hair and big brown eyes, and even his teachers wanted to touch his hair.”