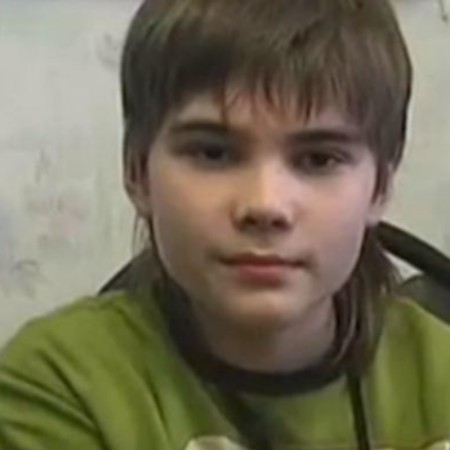 Boriska Kipriyanovich rose to fame by means of his allegation that he was born on Mars in his earlier beginning.

In the year 1996, Boriska Kipriyanovich was born in Volgograd, Russia. Boriska which means “little Boris”. He is a genius child. As of now, he is 25 years old. By nationality, he holds Russian citizenship and is of white ethnic background. Likewise, his mother is a doctor.

She also said that she knew he was special as soon as he held his head up without any support just two weeks after being born. He started speaking a few months later and by the age of one and a half was able to read, draw and paint. Boriska was very different compared to other children. At the same time, he was very talented as well.

When he was at the age of two he went to kindergarten and his teacher could not help but notice his incredible writing and language talents along with his astonishing memory skills. Boriska used to say that he was previously a martian pilot who traveled to Earth. But his father and mother both claim they did not teach their son anything about space as a child.

They also said that he would often sit and talk about Mars, the planetary systems, and alien civilizations. Then Boriska’s fascination with space soon became his number one interest. After some time he started claiming to have been born on Mars. Many scientise did research regarding him. He comes out as the knowledge of the planetary systems has confounded experts around the world, including scientists.

Boriska Kipriyanovich said that he is from Mars. He has been sent to Earth to save humans from an apocalyptic nuclear war. He said to people that his own race of Martians was virtually wiped out in a nuclear conflict thousands of years ago. As of now, he fears we are heading in the same direction.

Likewise, there comes a problem between the United States of America and North Korea reaching a breaking point over trigger-happy Kim Jong-un’s rapidly expanding nuclear weapons program. At the same time, he warns all the people that we will face the same catastrophic fate as “his people” if we don’t listen to his apocalyptic warnings.

Is Boriska Kipriyanovich the only child from outer space on Earth?

Boriska Kipriyanovich said that he is not the only child from outer space on Earth. There are many others like him who were also sent here on a specific mission to save humanity.

He said that all the outer space people are all reincarnations and referred to as “Indigo Children” who have supernatural abilities and survived the Martian wars. According to the point of view of Boriskamany Martians are immortal and stop aging at 35. All of them are very tall, technologically advanced, and capable of interstellar travel. He also said that:

“I remember that time when I was 14 or 15 years old. The Martians were waging wars all the time so I would often have to participate in air raids with a friend of mine.”

“We could travel in time and space flying in round spaceships, but we would observe life on Earth on triangular aircraft. Martian spaceships are very complicated. “They are layered, and they can fly all across the Universe.”

Boriska also clears the question that Mars still has an alien civilization despite suffering a massive nuclear catastrophe in the distant past. He thinks on Erath there is a lot more to be discovered pointing to the Great Pyramid of Giza which he says hides big secrets.

“The human life will change when the Sphinx is opened, it has an opening mechanism somewhere behind the ear; I do not remember exactly,”

He also said that Mars is caused by a nuclear war wage between the “beings” living there.