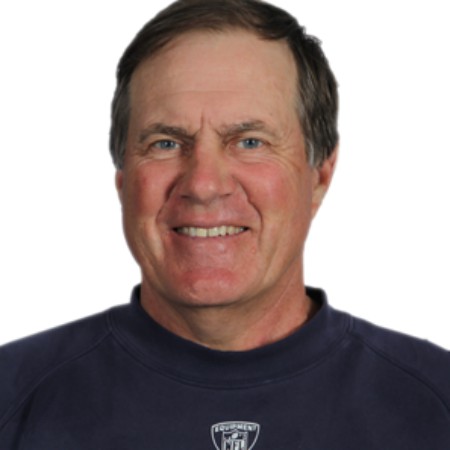 Bill Belichick was born on April 16, 1952, as William Stephen Belichick in Nashville, Tennessee. Currently, he is 67 years old under the zodiac sign Aries. He was born the son of parents Jeannette and Steve Belichick. During his childhood, he grew up in Annapolis, Maryland.

Who was Bill Belichick’s Father?

His father was an assistant football coach. He has also developed a great interest in the world of football since childhood. Bill holds an American nationality and belongs to a mixed ethnic background of Croatian, English, Scottish, and Irish.

He attended Annapolis High School and graduated in 1970. Bill also attended the Phillips Academy in Andover. He eventually attended Wesleyan University in Middletown. In addition, he earned a bachelor’s degree in economics.

Prior to his ten-year relationship with Linda Holliday, Bill Belichick was married to Debby Clarke for 28 years. Bill and Debby had met in high school, but their marriage ended in 2006, a year before he met his current partner Linda Holliday.

Debby Clarke currently runs an interior design firm in Massachusetts, though two of her children now work for the Patriots with Belichick. Their three children all have a successful coaching career behind them, it seems that the coaching is in the blood of Belichick.

Bill Belichick has three children with his ex-wife Debby. The two sons Brian and Stephen and daughter Amanda. Like his own father, Bill Belichick also tried to advise his children to consider other occupations besides coaching. However, that did not work because all of his children followed him into the coaching profession. All three Belichick children played lacrosse like their father at college.

Bill’s eldest son, Stephen, is now Patriot’s safety trainer after playing both lacrosse and football in college. In 2016, Stephen Belichick welcomed a daughter, Blakely Rose, who made Bill a grandfather.

What is Bill Belichick’s Net Worth and Salary?

Bill has earned a massive amount of money throughout his career. The net worth evaluation of Bill at $35 million as of 2022. He is also one of the most famous faces in the world of football. His current salary at the New England Patriots is $7.5 million.

Following Bill’s graduation from Wesleyan in 1975, Belichick took a job with the Baltimore Colts for $25 a week, serving as a sort of gopher for head coach Ted Marchibroda.

He also owns a two-story penthouse unit in Jupiter, Florida. The house was bought back in 2009 for $ 2.6 million.

Bill Belichick has an appealing body figure. He stands at the height of 5 feet 11 inches and weighs 92kg. He also has dark brown hair and blue eyes.  His biceps are 14 inches in circumference while his waist size is 34 inches.