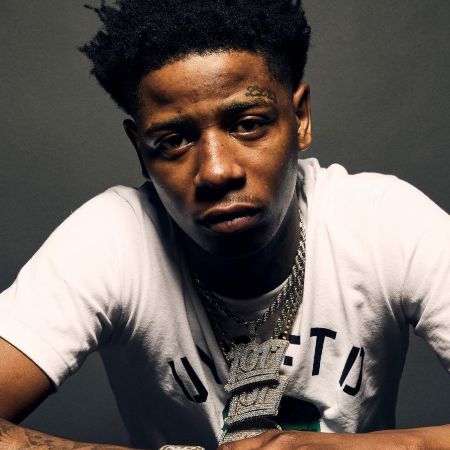 An American rapper Big Scarr a.k.a Alexander Woods got the fame for the release of his track SoIcyBoyz and his breakout single Make a Play.

What was Big Scarr’s Real Name?

Big Scarr opened his eyes to this world on April 7, 2000. He was born in Memphis, Tennessee, United States of America. He was 22 years old at the time of his death. By birth, his real name was Alexander Woods. Usually, he used to celebrate his birthday on the 24th of December every year.

Scarr grew up with his other eight siblings. All nine children were raised by his grandmother until her demise. His grandmother died when he was thirteen. He was raised in the Magnolia community of South Memphis, Tennessee. He also has a cousin named Pooh Shiesty. His cousin is also a rapper.

Similarly, he held American citizenship as a nationality and belonged to an African-American ethnic background. Furthermore, he followed Christianity as a religion.

Was Big Scarr single or in a relationship?

Big Scarr was single. Similarly, he hasn’t dated anyone. he always kept his personal matters lowkey. But once, he tweeted a picture of himself with a girl with no caption. Thus, a rumor about his girlfriend was spread by the public. But, he has never publicly confirmed any relationship until now. He must have been focusing on his career.

How much was Big Scarr’s Net Worth?

Big Scarr’s net worth was $1.2 million at the time of his death. According to some online resources, an average salary of an American rapper ranges between $35,000 to $40,500 per year. He might have earned the same amount of salary throughout his career as a rapper.

Who was Big Scarr’s role model?

Big Scarr looked up to his father as a role model. According to Kazi Magazine, Big Scarr expressed his affection for his Father by saying,

“My Father, my dawg. He cared for my siblings and me while still teaching me the game. He is a real G, and I will stand on that hill forever.”

Just as much as his father, he also admires his label owner and mentor, Gucci Mane. He told

“Gucci helped keep Pooh [my cousin] and me out of some Memphis sh*t, so I appreciate him being there.”

What was the death cause of Big Scarr?

Scarr passed away on December 22, 2022. He dies in Memphis, Tennessee, United States of America according to TMZ and Fox13 Memphis report. Local police pronounced him dead on Thursday (December 22) but refused to reveal the cause of death, stating that the investigation is still ongoing. Also, his parents have not revealed any details about his death.

According to TMZ, Big Scarr died as a result of an unintentional prescription drug overdose. Arthur Woods, his uncle, confirmed it and said he didn’t know when his nephew received the medication, but the exact cause is unknown. Furthermore, because the cause of his death is unknown, people assumed he was shot to death. However, he was shot and recovered from his scar in 2020.

What was Big Scarr’s height?

Big Scarr stood at the height of 5 feet 7 inches tall and his body weight was around 66 kg. Similarly, he had an attractive pair of brown eyes and his hair was black in color.

Yes, Pooh and Scarr were related to each other. Pooh was the cousin of him. Pooh has also featured in Scarr’s track titled SoIcyBoyz.

When was Big Scarr shot with a bullet?

Scarr was shot with a bullet in the hip in 2020, with the bullet traveling up to his spine. He even had a scar from that wound.

What was Big Scarr addicted to?

Scarr was addicted to drugs. According to TMZ, he died because of a drug overdose.