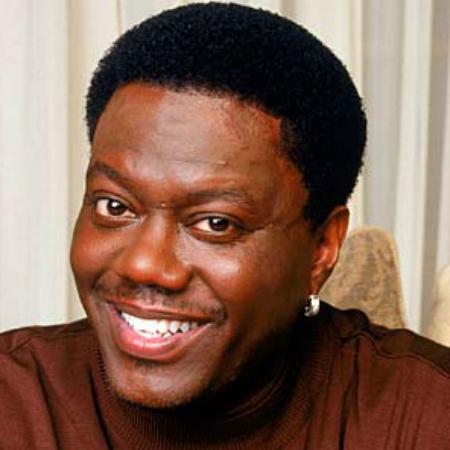 Bernie Mac was an actor as well as a stand-up comedian who gained popularity for his “Bernie Mac Show”.

Bernie Mac stepped on this earth on October 5, 1957, in Chicago, Illinois, USA as Bernard Jeffrey McCullough with the sun sign of Libra. But he died on August 9, 2008, at the age of 50.

Who are his parents?

The name of his parents is Mary McCullough (Mother) and Jeffery Harrison (Father). But his father never got officially married to his mother so he left them when he was a young boy. His mother raised him as a single parent.

After the death of his mother due to cancer, he and his brother grew up in a large family. His nationality is American and he belongs to the African-American ethnicity.

What was the Cause of the Death of Bernie Mac?

Earlier, he was suffering from sarcoidosis: a disease that causes inflammation in body tissue and he frequently had attacks in his lungs. He got admitted to Northwestern Memorial Hospital in his hometown of Chicago, Illinois in 2008 for medical treatments.

Besides that, he survived a week of unsuccessful medical treatment before going into cardiac arrest. Bernie was on a ventilator and fed with a tube inserted into him. In the early hours of the 9th of August when he was about to have his feeding tube inserted, his heart stopped beating and the doctor rushed in to resuscitate him.

However, he died at around 2 o’clock in the morning on the 9th of August in 2008. More than 6,000 people attended a memorial service for Mac at the House of Hope Church on Chicago’s South Side.

Was Bernie Mac Married? Who was His Wife?

Yes, he was married until his death. He was married to his wife, Rhonda Gore on September 17, 1977, at the age of 19. Firstly, they met in their high school days when he was very popular with women. Moreover, he mostly gave credit to his wife for much of his success as the young couple struggled through the early years of Mac‘s fledgling career.

In addition, they had a daughter whose name is Je’Niece. She got married in the year 2002 to Childress III. Even she has a daughter, Jasmine Childress. Unfortunately, her marriage ended in a divorce.

However, after three years of Bernie’s death, his wife, Rhonda Gore met and got remarried Horace Gilmore on 2010 New Year’s Eve. Horace was a widower who was introduced to Rhonda by her younger sister, Charoni Gibbs in February 2009.

Related: Is Otis Williams still Alive? What is his Net Worth in 2019?

What was the Net Worth and Salary of Bernie Mac?

Bernie had an estimated net worth of $15 million dollars at the time of his death. Similarly, he used to earn $300k on every episode of Bernie Mac Show from 2001-to 2006. Besides that, he also had a two-storeyed custom home in Frankfort which costs $875k.

What Does Mac Do?

Earlier, Bernie used to tell for spare change in the Chicago subway. After doing various jobs, he finally established his own weekly variety show at Chicago’s Regal Theatre and joined the comedy club circuit in 1977.

However, his acting career began with a role as a club doorman in the comedy Mo’ Money (1992) and also appeared as Pastor Clever on Friday(1995). Besides that, his frequent appearances on HBO’s Def Comedy Jam in the early 1990s also helped to put him on the map.

Moreover, he made his audiences shock into laughter in Kings, The Bernie Mac Show enjoyed a strong debut on Fox in 2001. The series ran through 2006 and starred him as a reluctant dad to three adopted kids.

Likewise, he also co-starred with Chris Rock in Head of State in 2001. After that, he replaced Bill Murray‘s Bosley in Charlie’s Angels: Full Throttle (2003) and shared billing with John Ritter in director Billy Bob Thornton‘s Bad Santa (2003).

Apart from his acting career, he also authored two books, 2001’s I Ain’t Scared of You: Bernie Mac on How Life Is and his 2003 memoir, Maybe You Never Cry Again.

Who was Bernie Mac?

Bernie Mac was an actor as well as a stand-up comedian who gained popularity for his “Bernie Mac Show”.

Where was Bernie Mac born?

Bernie Mac stepped on this earth on October 5, 1957, in Chicago, Illinois, USA as Bernard Jeffrey McCullough.

Who are Bernie Mac’s parents?

The name of his parents is Mary McCullough (Mother) and Jeffery Harrison (Father).