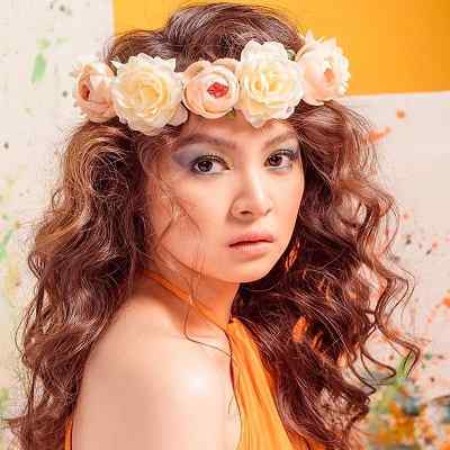 Filipino actress Barbie Forteza rose to fame for her roles such as young Jodi in GMA Network’s remake of the 2003 South Korean television drama series, Stairway to Heaven.

What is the Real Name of Barbie Forteza?

Barbie Forteza opened her eye to this beautiful world on July 31, 1997. She was born in Biñan, Philippines. Barbie is 24 years old as of 2022. Her zodiac sign is Leo. Her full name is Barbara Ambas Forteza. She celebrates her birthday on the 31st of July every year. She is the daughter of Tony Forteza (father) and Imelda Forteza (mother).

Barbie has one sister. Her name is Gabrielle Vierneza. Barbie holds Philippine citizenship and belongs to a Filipino ethnic background. Likewise, she follows Christianity as a religion.

Where did Barbie Forteza study?

Barbie completed her study at the University of Perpetual Help System Laguna. It is the first university to open in Biñan, Laguna in the Philippines.

Did Barbie Forteza’s father go through an operation?

Yes, Barbie’s father went through an operation for his appendix. While she was in a lock-in taping for Anak ni Waray vs. Anay ni Biday last year.

How long are Barbie Forteza and Jak Roberto’s relationship?

Barbie is in a relationship with Jak Roberto. Her boyfriend Jak is a pop singer and member of the boy band 3LOGY. In the future, she will surely take her relationship to the next level.

Who did Barbie Forteza previously date?

Barbie was also in a relationship with Andre Paras in 2016. Aside from him, she was involved with Ivan Dorschner (2017), Dennis Trillo, Alden Richards, and Joshua Dionisio. One of her ex-boyfriends Kiko declared his love for her again but she said it was too late.

What is Barbie Forteza’s Net Worth?

Barbie has an estimated net worth of around $1 million as of 2022. She collected that hefty sum of money from her career as a television actress, model, and singer. A Filipino actress has an average salary of around ₱599023 or an equivalent hourly rate of ₱288. She must be earning the same amount from her career.

Did Barbie Forteza transform her car?

Yes, Barbie transformed her car. She made the decision to enhance her vehicle in 2021 by adding red accents to its components.

How tall is Barbie Forteza?

Barbie stands at the height of 5 feet 1 inch. Her body weight is 48kg while her body measurement is 31-24-33 inches respectively. She has an alluring pair of brown eyes and beautiful silky long brown hair.