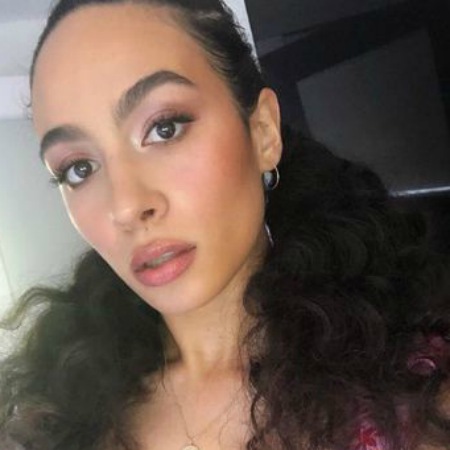 Who is Aurora Perrineau? Explore her Biography and Prefessional Life

Aurora Perrineau is an American actress and model. Moreover, she is widely famous for her starring role in the 2015 movie Jem and the Holograms alongside Aubrey Peeples and Stefanie Scott which ran from 1985 to 1988 on the first-run syndication in the United States.

What is the Age of Aurora Perrineau?

Aurora Perrineau entered this world on 23rd September 1994, in New York City, the United States of America. Her horoscope is Libra. Aurora holds an American nationality and belongs to a mixed ethnical background.

She is the daughter of Harold Perrineau (father) and Brittany Perrineau (mother). She grew up with her two sisters, Wynter and Holiday.

The Relationship Status of Aurora Perrineau

Aurora Perrineau is might be living her single life and not dating anyone at the moment. As she is a private person, she hasn’t shared much information relating to her personal life with the media. Further, Aurora has not mentioned anyone as her boyfriend or husband to the date. Also, the information about her past dating history is not clear at the moment.

Aurora probably might not have found a perfect better half in her life that matches the quality of a perfect husband. She is quite busy building her career and does not have time for a serious relationship and a boyfriend. As she is a beautiful and talented lady, she will surely find her soulmate in her upcoming days who will give her unconditional love and care.

Aurora filed a police report with the Los Angeles County Sheriff’s Department accusing scriptwriter Murray Miller in November 2017 of sexual assault in 2012 when she was just seventeen. Girls actress Lena Dunham initially defended Miller, who was the writer for the series, but later retracted her statements. On 10th August 2018, the Los Angeles County District Attorney’s Office declined to file charges against Murray.

In July 2014, she appeared in the movie Equals which was directed by Drake Doremus. Further, Aurora was cast alongside Ed Westwick and Vanessa Hudgens in the 2016 film Freaks of Nature. Her other notable movies include Truth or Dare, Rhino, At Night, Passengers, A house is not A home, and so on.

In the year 2014, Aurora made her appearance in episodes of Newsreaders as Hilary and in Chasing Life as Margo. Moreover, her other TV Shows where she had involved are When They See Us, Into the Dark, The Carmichael Show, and others many more.

Jem and the Holograms

In April 2014, it was announced that Aurora was cast in the role of Shana in the movie based on the hit 1980’s cartoon Jem and the Holograms alongside Aubrey Peeples and Stefanie Scott. The movie cast her as a light-skinned, straight-haired, biracial actress for the role of Shana, a character who had a dark complexion and afro-textured hair. The movie was released as a box office flop on 23rd October 2015, making only $1.4 million on its opening weekend.

Net Worth and Salary of Aurora Perrineau

Aurora Perrineau has an estimated net worth of around $3 million as of 2022 which she earned through her career as an actress and model. According to some online resources, the average salary of an American actress is around $50.19k. Generally, their salary ranges from $19k to $227k.

Aurora has won wealth partly stems from the several awards and prizes herself over the years.

Related Posts of Who is Aurora Perrineau? Explore her Biography and Prefessional Life