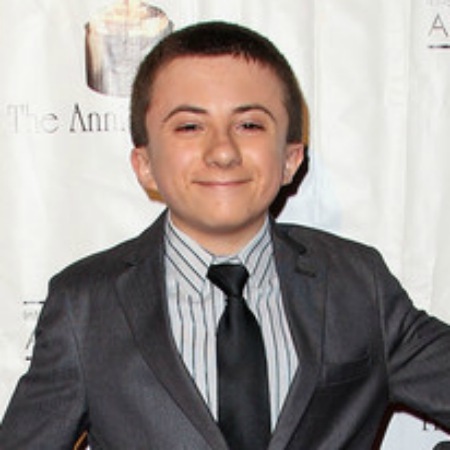 What is Atticus Shaffer Disability? His Net Worth 2022, Height, Single

Atticus Shaffer is an American television actor. He is best known for his appearance as Brick Heck in ABC’s family comedy series, The Middle.

Who are the Parents of Actor-Atticus Shaffer?

Atticus Shaffer opened his eyes on 19th June 1998, in Santa Clarita, California, the United States of America. His birth name is Atticus Ronald Shaffer and his horoscope is Gemini. Atticus is the son of Ron Shaffer (father) and Debbie Shaffer (mother). His paternal grandmother was of Italian descent while his maternal grandmother’s ancestry is Polish.

He was named after Atticus Finch, the lawyer in To Kill a Mockingbird. He grew up with his elder brother. Similarly, Atticus holds an American nationality and he belongs to a mixed ethnical background (German, Swiss-French, French-Canadian, Italian, Polish, and English). Atticus was homeschooled by his mother. Once in an interview, he talked about his early acting ambitions.

“It wasn’t like one day I told my parents I wanted to be an actor. My mom and I would always read aloud and we would love to read in character. My mom thought I might be good for voiceover. She thought I had a cute voice, so maybe I could do a cartoon or something. And while we were looking into that, we also thought I should get into theater acting, so I tried it and the first audition I went on, I booked it. And it kind of just snowballed from there.”

Shaffer has been suffering from type four Osteogenesis Imperfecta. Also, it is a condition involving a defect in type 1 collagen, which causes fragile bones, and short stature. He often says that his disability is just a small part of who he is.

What is the Height of Atticus Shaffer?

Atticus Shaffer stands at a height of 4 feet 8 inches which is because of his disability as he has suffered from type four Osteogenesis Imperfecta. Likewise, his body weight is around 45 kg. Atticus has brown colored hair while his eyes are dark brown in color.

What is the Net Worth of Atticus Shaffer?

Atticus Shaffer has a net worth of around $4 million as of 2022. He has been able to earn this amount through his career as a television actor. In the year 2009, his salary was $12k per episode.

Yes, Atticus Shaffer is single at the moment. He might be busy making his career bright rather than involving any kind of relationship or love affairs.

Atticus won the Media Access Awards in the year 2010. He received nominations for Young Artist Awards and Annie Awards in 2010 and 2013 respectively.

What is the nationality of Atticus Shaffer?

How much is Atticus Shaffer’s net worth?

Atticus Shaffer’s net worth is estimated to be $4 million.

Does Atticus Shaffer have a disability?

What is the height of Atticus Shaffer?