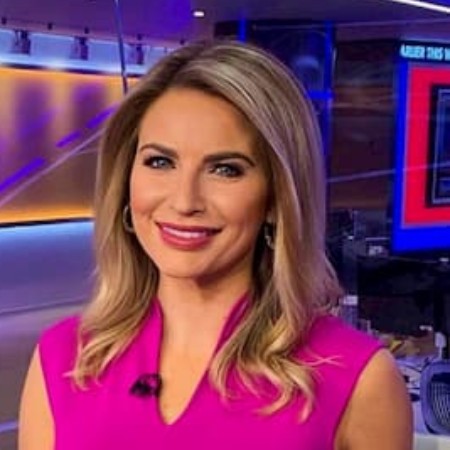 Journalist and former model Ashley Strohmier is famous as an overnight anchor and correspondent for Fox News Channel in New York City.

When is Ashley Strohmier’s Birthday?

On January 1, 1989, Ashley Strohmier opened her eyes to this beautiful world. She was born in Jefferson City, Missouri, in the United States of America. As of 2022, she is 33 years old. According to her full date of birth, her sun sign is Capricorn. Ashely celebrates her birthday on the 1st of Jan every year. She is the daughter of Dana Strohmier (mother) and Steve Strohmier (father).

She was raised alongside her two siblings. Their names are Blair Strohmier and Mitch Strohmier. By nationality, she holds American citizenship and belongs to white ethnic background. Similarly, she follows Christianity as a religion.

What College did Ashley Strohmier attend?

Ashley completed her graduation from Helias High School, a private Roman Catholic school based in Jefferson City, Missouri. After that, she went to the University of Central Missouri in Warrensburg, Missouri in 2007. Then Ashley graduated with a Bachelor’s degree, majoring in Criminal Justice and Political Science.

Is Ashley Strohmier Married or in a relationship?

Ashley is currently in a romantic relationship with her boyfriend Michael Counihan. By profession, her boyfriend is a fitness model, a personal trainer, and a Police Officer for the New York Police Department. The duo must have met each other through their friends. However, information as to how and when they started dating is unknown at the moment.

But the couple is happy in their relationship. They enjoy their time together with each other. Likewise, Ashley is heavily influenced by her boyfriend’s lifestyle. The pair frequently goes for a workout. In the coming days, they might take their relationship to the next level.

How much is Ashley Strohmier’s Net Worth & Salary?

Ashely has an estimated net worth of between $1.2 million as of 2022. The primary source of income for her net worth is her successful career as a journalist. Ashley has even worked as a writer on the internet and social media for different internet pages as well. According to some source American journalist has an average salary of around $62,079 per year.

Ashley is living a very lavish life currently. All the lavishness she is affording right now comes under her net worth. In the coming days as well she will be earning a very good sum of money for herself after working with more media in the future.

How tall is Ashley Strohmier?

Ashely stands at the height of 5 feet and 8 inches. According to her height, she has a body weight of around 55kg. Similarly, her total body measurement is 34-28-35 inches. She has an attractive pair of blue eyes and long beautiful blonde hair.

Yes, Ashely won the 2010 Miss Missouri. She was working as a model in her teens. In 2010 when she was 21 she won the title. It is a competition whose winner becomes the representative for the state of Missouri in the Miss USA pageant.

Yes, Ashley is still working on Fox News. Since March 2, 2020, she has been working as an overnight anchor and correspondent for Fox News Channel in New York City.

What is the nationality of Ashley Strohmier?

How much is Ashley Strohmier’s Net Worth?

Who is Ashley Strohmier?

l Ashley Strohmier is a Journalist and former model who is famous as an overnight anchor and correspondent for Fox News Channel in New York City.