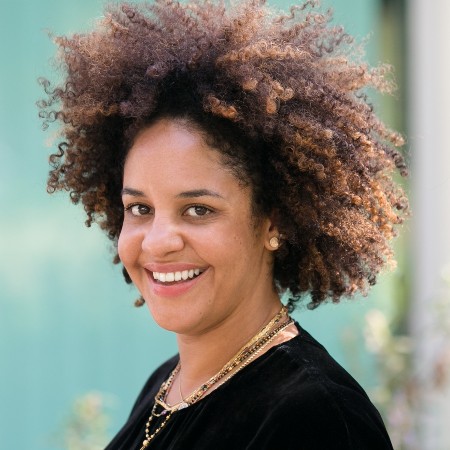 When is Aryn Drake-Lee’s Birthday?

Aryn Drake-Lee opened her eyes to this beautiful world on December 12, 1981, in Chicago, Illinois in the United States of America. This makes her 41 years old now. Aryn celebrates her birthday every 12 of December with her friends and family. According to astrology, she falls under the Sagittarius sun sign.

Drake-Lee holds American nationality and belongs to mixed ethnic background. Likewise, she has strong faith and belief in the Christian religion.

Where did Aryn Drake-Lee complete her study?

Aryn attended an independent bilingual school in San Francisco, California for her study. She enrolled herself in the French American International School. She got knowledge of the French and Spanish languages apart from English. After that, she completed her study at Barnard College in New York City under Columbia University.

Is Aryn Drake-Lee Single or in a Relationship?

As of now, Aryn is living a single life. She is busy with her professional work and is busy raising her two children. She spends her most of time with her lovely children in her spare time rather than involving in some sort of romantic relationship.

Who is the Ex-Husband of Aryn Drake-Lee?

Aryn has divorced once in her life. The name of her ex-husband is Jesse Williams. Aryn met her ex-husband while Williams was working as a history teacher in a high school in New York City. The couple dated each other for more than a half-decade. After dating each other for a long period of time, they finally tied their marriage knot on September 1st, 2012 in a private ceremony in Los Angeles. At their wedding ceremony, their close friends and family were present.

The couple even shares two adorable children, one son and one daughter with one. The pairs used to be together all the time. they were even seen attending different events together as well. But due to personal reasons, the couple decides to separate legally in the year 2017.

How much child support did Jesse Williams give after the divorce?

In April of the year 2017, There came the news that Williams filed for divorce from his wife. He even said that he is not ready to pay spousal support and had asked the justice to give him joint material and lawful custody of their two children. But on August 15, Aryn forced sole custody of their children citing his violent nature, and asked the judge not to allow his girlfriends to be near their children.

In September of the year 2017,  the court permitted both of them combined control of their children. Moreover, Williams was requested to pay her $160,000 for momentary matrimonial support and to cover her legal fees. In June 2018, it was announced that he spent her $50,695 per month on matrimonial help and that she had asked for an addition.

Is Aryn Drake-Lee a mother?

Aryn is the loving mother of two children. The name of her children is Maceo Williams and Sadie Williams. She shares these adorable children with her ex-husband Williams. In December 2013 she welcomed her first child, her daughter Sadie. After two years in October 2015, she welcomed her second child, her son Maceo.

How much is Aryn Drake-Lee’s Net Worth?

As of 2022, Aryn has an estimated net worth of $1 million approximately. The main source of income for her net worth is her successful career as a real estate broker. She has worked with many renowned broker agencies. They pay her a lot of money for her work. As real estate agents people in the United States make around s $95027 as their annual salary.

So, Aryn also earns somehow money in the same range as her salary. She is living a very luxurious life now with her children. She has become successful to provide a good life for her children. In the coming future a swell, she will be earning a very good sum of money for herself after getting more work under her name.

What is Aryn Drake-Lee’s Height?

Aryn stands at a height of 5 feet 7 inches tall. She has a body weight of 80 kg. Likewise, she has attractive pair of black color eyes and black color hair. The body measurements of her body are 40-32-42 inches.

Is Jesse Williams returning to GREY?

Jesse has decided to level GREY. But Williams along with Sarah Drew are both reciprocating to the world of Grey’s Anatomy for the season 18 finale. The broadcast is going to happen on May 26.

What is the nationality of Aryn Drake-Lee?

Where did Aryn Drake-Lee complete her study?

Aryn attended an independent bilingual school in San Francisco. She enrolled herself in the French American International School. After that, she completed her study at Barnard College in New York City under Columbia University.

What is Aryn Drake-Lee’s Height?

Aryn stands at a height of 5 feet 7 inches tall.

What is Aryn Drake-Lee famous for?

Aryn Drake-Lee is famous as the ex-wife of American actor Jesse Williams.