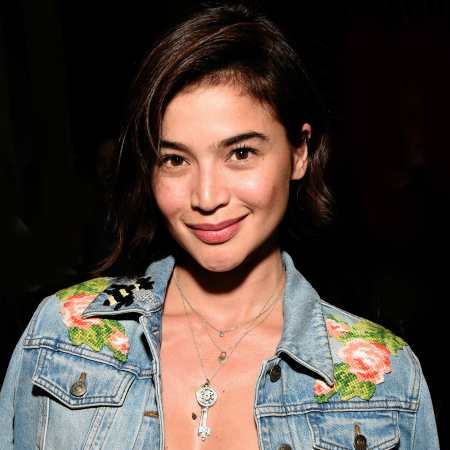 Anne Curtis is a model, television host, VJ, recording artist, as well as a Filipino-Australian actress. She is popular for hosting the noontime variety show It’s Showtime, which airs on ABS-CBN.

Anne Curtis was born Anne Ojales Curtis-Smith on February 17th, 1985, in Yarrawonga, Victoria, Australia. Currently, she is 34 years old and her sun sign is Aquarius. The name of her father is James Curtis Smith who is an Australian lawyer and her mother is Filipina Carmencita Ojales.

She is the eldest child in her family. But her half-sister Clare died due to cardiovascular disease at four months old in 2007. As well as, she has a younger sister, Jasmine, who is also an actress, and a brother: Thomas James Curtis-Smith.

Her nationality is Australian and belongs to the ethnicity of Filipino-Australian. From her childhood days, she was interested in acting and modeling. She attended an education course at Open Universities Australia to have a shot at realizing her dream. Then, she left her education during college time.

Who is Anne Curtis Husband?

Curtis married Erwan Heussaff who is a restaurateur and food blogger. The duo dated for a long and got engaged in December 2016. Moreover, her husband Erwan is the brother of actress, TV host, and model Solenn Heussaff.

How much Net Worth does Anne Curtis have?

Currently, her salary is around $10000 per month which she earns from her profession. Similarly, her estimated net worth is about $10 million at present. In addition, her movie No other woman which was released in 2011 made a business of $278 million at the box office.

What is the Body Measurement?

Curtis is a beautiful lady with light brown hair and with dark brown eyes. Besides that, she is 5 feet 6 inches tall with a body mass of 54kg and with a body statistic of 34-23-33 inches.

In 2005, Curtis’s big break came when she won the title role in the television series Kampanerang Kuba. Curtis, along with Luis Manzano, hosted Star Circle Summer Kid Quest in 2006, and in the same year, she starred in All About Love. Curtis starred in When Love Begins, a romantic drama film where she paired with Aga Muhlach in 2008.

Besides that, Curtis was announced to play the lead role in Baler, alongside Jericho Rosales in July 2008, it officially entered to 2008 Metro Manila Film Festival. Also, she starred in the television series, The Wedding, with Zanjoe Marudo and Derek Ramsay in 2009 and she starred in the film Babe, I Love You in 2010.

In addition, she starred in the Philippine adaptation of the Korean series, Green Rose in 2011. Curtis staged her first solo concert entitled Annebisyosa: No Other Concert World Tour at the Smart Araneta Coliseum on 28 January 2012. Curtis, along with Kris Aquino and Robin Padilla, led the drama series, Kailangan Ko’y Ikaw in 2013. She became the host of I Love OPM in 2016.

Anne began her career by the auditioning for a part in the movie Magic Kingdom in which she won the role of Princess Dahlia. Then, she began to first television appearance in GMA 7’s Ikaw Na Sana.