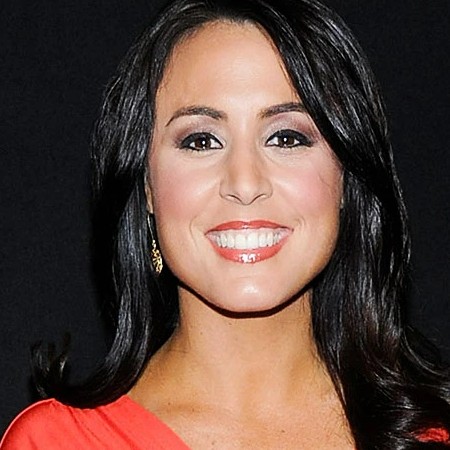 Political analyst and television host Andrea Tantaros is known after working as a host on Fox News.

What is Andrea Tantaros’s Age?

Andrea Tantaros opened her eyes to this world on December 30, 1978. She was born in Allentown, Pennsylvania, United States. Her full name is Andreana Kostantina Tantaros. As of 2022, she is 43 years old. Andreas’ zodiac sign is Capricorn. He celebrates his birthday on the 30th of Dec every year.

Her father’s name is Konstantinos A. Harry Tantaros and her mother’s name is Barbara A. (Masi) Tantaros. Andrea’s parents used to work at The Pied Piper Diner. Her siblings’ names are Daniel K. Tantaros, Dean A. Tantaros, and Thea M. Menzies. She holds American citizenship and follows Christianity as a religion. Similarly, she belongs to a Greek and Italian ethnic background.

Did Andrea Tantaros lose her father?

Yes, Andrea lost her father. He passed away on December 5, 2009, at the ‘Lehigh Valley Hospital-Cedar Cres. Her father owned a dinner The Pied Piper Diner. Her family used to run the business.

Daniel Tantaros, Andrea’s younger brother, was autistic and had seizure issues. He passed away in 2013 at age 31.

Where did Andrea Tantaros go to Study?

Andrea completed her high school at Parkland High School. Likewise, she went to Lehigh University. There she majored in French and journalism.

Who is Andrea Tantaros’s Boyfriend?

Andrea is in a relationship with Dave Navarro. Her boyfriend Dave is Jane’s Addiction guitarist. The duo met each other through their mutual friends.

Did Andrea Tantaros and Dave Navarro call off their relationship?

How much is Andrea Tantaros’s Net Worth?

Andrea has an estimated net worth of around $3.5 Million as of 2022. She collected that sum of money from her career as an American political commentator and analyst. Likewise, she has an average salary of around $800 thousand per year.

Why was Andrea Tantros fired from Fox?

Andrea filed formal allegations of sexual harassment against Fox News employees. Also, she filed a complaint against Fox. On April 25, 2016, she was fired from the program due to contract concerns.

Who did Andrea Tantros file a case with?

Andrea filed a complaint in August 2016, alleging that she had spoken to Fox News management about Roger Ailes’s sexual harassment of her in 2015. The Five to Outnumbered and subsequently removed from the air in April 2016.

In addition, she was accused of receiving inappropriate comments from Scott Brown, Dean Cain, and Bill O’Reilly, as well as unwanted physical contact from Brown and Cain, according to the lawsuit. But all three Brown, Cain, and O’Reilly refuted her claims.

On January 29, 2018, she submitted an amended lawsuit with more information to support her accusations that the network has a culture of harassment that includes eavesdropping on staff. Judge George B. Daniels dismissed her complaint on May 18, 2018, citing a lack of factual support.

How tall is Andrea Tantaros?

Andrea stands at the height of 5 feet 4 inches and her body weight is 61 kg. Similarly, her total body measurement is 37-25-37 inches. She has an alluring pair of brown eyes and beautiful long brown hair.

Does Andrea Tantaros have a Podcast?

No Andrea does not have any podcasts. But she has been to many podcast shows in which she discussed her book in the podcast.

Which ethnic background does Andrea Tantaros belong to?

Has the relationship between Andrea Tantaros and Dave Navarro ended?

Yes, the relationship between Andrea and Dave is over. Through shared friends, the pair got to know one another. Just for a short while, they dated before calling it quits. They started dating someone else following their breakup.

How much is Andrea Tantaros’s net worth?

Andrea Tantaros’s net worth is estimated to be $3.5 million.

Does Andrea Tantaros have a Podcast?

No, Andrea does not have any podcasts. But she has been to many podcast shows in which she discussed her book in the podcast.