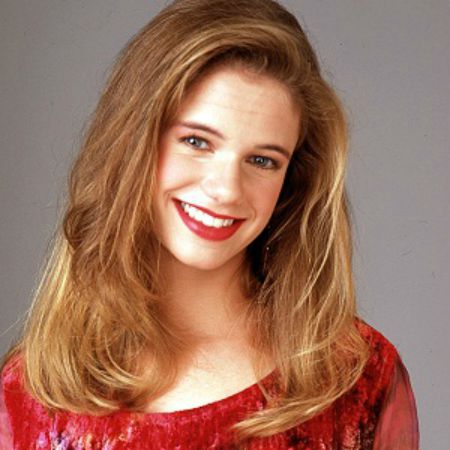 Andrea Barber is an American actress who is popular for portraying on ABC sitcom Full House and its Netflix spin-off series Fuller House.

Barber was born Andrea Barber on July 3, 1976, in Los Angeles, California, United States of America. As of 2019, she is 43 years old and her sun sign is Cancer. Andrea is the only daughter of Donald Barber and Sherry Barber. She grew up with her older brothers, Darin Barber and Justin Barber.

What College Did Andrea Barber attend?

She belongs to the white ethnicity and holds an American nationality. Andrea graduated from La Serna High School in Whittier, California. She went on to earn a degree in English from Whittier College. Likewise, Barber also has an MA in Women’s Studies from the University of York, England.

Who is Andrea Barber Husband?

Well, Barber is a divorced woman. She married Jeremy Rytky on September 1, 2002. They started dating each other in 2000 and got married after two years. The couple shifted to England after their marriage.

Moreover, the couple has two children together. Barber gave birth to her first child, a son named Tate James Rytky on April 30, 2004. They had their second child, a daughter named Felicity Ruth Rytky on April 10, 2007. Her children even featured in season 2 of Fuller House.

The Fuller House actress divorced her husband in 2014 and is the single mother of her children.

What is Andrea Barber’s Net Worth and Salary?

Andrea Barber’s net worth is $1 million at present. She has earned a decent amount of salary through various roles in both drama and comedy genres, which is a testament to her career as a versatile actor.

How tall is Andrea Barber?

Barber stands at a height of 5 feet 2 inches tall and weighs around 126 lbs or 57 kg. She has light brown colored hair and blue eyes color. Her body measurements are 34-27-35.