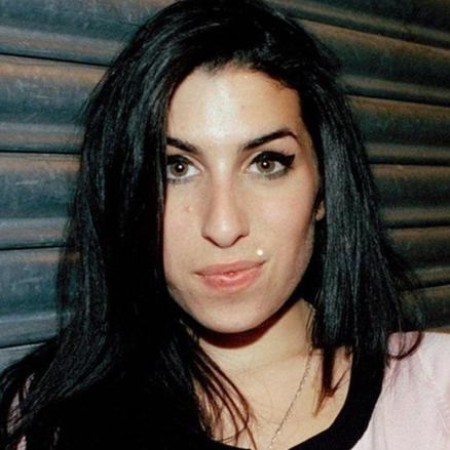 What is the Death Cause of Amy Winehouse? Bio, Net Worth 2022,

Late English singer and songwriter Amy Winehouse was popular for her record-breaking songs including Rehab and You Know I’m No Good.

When was Amy Winehouse born?

On September 14, 1983, Amy was born in Southgate, London, England, in the United Kingdom. She was born under the star sign of Virgo. At the time of her death, Amy was just 28 years old.. By nationality, Amy belonged to British nationality and is of Jewish ethnic background. Mitchell “Mitch” Winehouse is the name of her father. Her father used to work as a taxi driver and window panel installer. Whereas her mother’s name is Janis Winehouse. By profession, her mother was a pharmacist.

Cynthia Winehouse and Alec Winehouse are the names of her grandparents. Similarly, Amy was not only the child of her parents. She has one brother. Alex Winehouse is the name of her brother. Since her teenage, she began working as an entertainment journalist for the World Entertainment News Network.

Where did Amy Winehouse go to College?

Amy was a highly educated lady. She was sent to the Susi Earnshaw Theatre School for four years to receive vocal education. After that, she got the training at the Sylvia Young Theatre School. Amy has also enrolled at Ashmole Academy.

Then she studied at BRIT School. Amy also went to the Southgate School. She also made her appearance in an episode of ‘The Fast Show’ along with some other schoolmates.

What was the Net Worth of Amy Winehouse at the time of her death?

Amy was very happy with the income she makes from her career when she was alive. According to the celebrity net worth she had an estimated net worth of $4 million at the time of her death. She used to collect this fortune from her successful long-term career as an English singer and songwriter. She was living a very luxurious life with her family member with the money she makes.

After Amy’s death her all income went to her mum, Janis, and her dad Mitch.

Why did Amy Winehouse drink herself to death?

Amy’s bodyguard said that three days before her death she had been somewhat intoxicated. He observed her lying on her bed and tried unsuccessfully to rouse her at 10 a.m. BST on 23 July 2011. Then he said that she was not breathing and had no pulse. He called emergency services and at around 3:54 p.m., two ambulances were called to Winehouse’s home in Camden, London. Then the Metropolitan Police confirmed that she had died.

“She suffered from bulimia very badly. That’s not, like, a revelation – you knew just by looking at her… She would have died eventually, the way she was going, but what really killed her was the bulimia… I think that it left her weaker and more susceptible. Had she not had an eating disorder, she would have been physically stronger.”

Who was the husband of Amy Winehouse?

Amy was a divorced woman before the time of her death. At first, she was in a romantic relationship with her long-term boyfriend Alex Clare. By profession, he is a chef and musician. Both of them began dating each other in the year 2006.

After a year they broke up with each other. After that, she got married to Blake Fielder-Civil on May 18, 2007. But their marriage did not work well as expected. So, both of them decided to end their marriage on July 16, 2009. Later she dated Reg Traviss in the year 2010. Just after a year, they announced their separation news.

What was the Height of Amy Winehouse?

Amy has a height of 5 feet 3 inches tall. Her total body weight was around 50 Kg. Her total body measurement size was 35-26-34 inches. Amy has black color hair and her eye color was brown.

Why was Amy Winehouse famous?

Amy was popular for her record-breaking songs including Rehab and You Know I’m No Good.

What was the cause of Amy Winehouse’s death?

How did Amy Winehouse begin working?

Amy began working as a teenager as an entertainment journalist for the World Entertainment News Network.