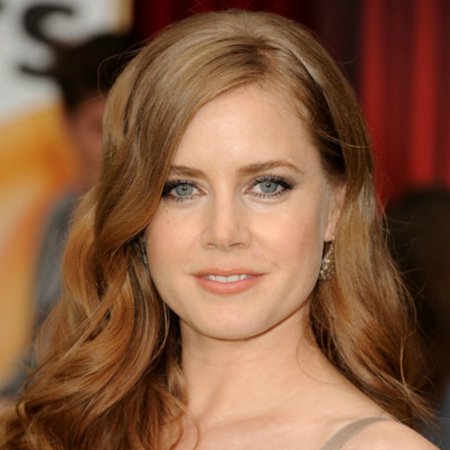 Amy Adams is an American actress who is popular for her Academy Award-nominated roles in several films, including American Hustle, Junebug, Doubt, The Fighter, and The Master.

Amy Adams entered this world on 20 August 1974, in Vicenza, Veneto, Italy as Amy Lou Adams. As of 2019, her age is 45 and her sun sign is Leo. She is the fourth child out of seven born to American parents Kathryn Hicken (mother) and Richard Kent Adams (father). She has six siblings; four brothers and two sisters one of the brothers’ names is Eddie Adams.

Her father is a U.S. Army veteran. Her parents divorced in 1985. After that, she grew up in The Church of Jesus Christ of Latter-day Saints. She spent her childhood and was raised in Castle Rock, Colorado, USA. She is American by her nationality and is of English, Irish, Scottish, and Welsh ethnicity.

Concerning her education, Amy attended Douglas County High School, located in Colorado. There she worked as a greeter at a Gap store while performing in Community Theater. After that, she took her first full-time job as a hostess at Hooters.

Adams is a married woman since 2015. She married an American actor and artist Darren Le Gallo. Actually, the couple first met in an acting class. Furthermore, the duo engaged in April 2008. They had a daughter together named Aviana Olea Le Gallo on May 15, 2010.

Later on, the couple got married on 2 May 2015, in California. Amy and Darren have been married for four years now and their relationship is going very well.

How much is Amy Adams’s Net Worth and Salary?

Currently, she has a net worth of $60 million dollars as of 2022.  She was also listed as one of the highest-paid actresses in the world. Her net worth is enough for her to maintain a standard of living in a luxurious way.

Besides this, Adams will earn roughly $300,000 per episode for her role on HBO’s new series ‘Sharp Objects.’ Her movies have done well at the box office. Her highest-grossing films include Batman Vs. Superman: Dawn of Justice, Justice League, Man of Steel, and Night at the Museum: Battle at the Smithsonian.

Likewise, her second-highest-grossing film so far, Justice League, had total domestic gross earnings of more than $229 million and gross worldwide earnings of more than $657 million. In the year 2017, Forbes listed her as one of the world’s highest-paid actresses. That year, she earned roughly $13.5 million.

She will continue to build her wealth through several upcoming film projects. In the year 2019, Adams is set to appear in the films The Woman in the Window and The True American. However, there is no information about her car and house.

Incidentally, she was spotted by a Minneapolis dinner-theater director, Michael Brindisi in 1995. She made her acting debut in the satirical 1999 comedy film Drop Dead Gorgeous. After that, she was cast in Fox Network’s television series spin-off of Cruel Intentions. In the series, she played the role of Kathryn Merteuil.

From 2000 to 2002, Adams appeared in a series like Psycho Beach Party, That ’70s Show, Charmed, Buffy the Vampire Slayer, Smallville, and The West Wing. In 2002, she appeared in the hit biopic movie Catch Me If You Can.

However, her breakthrough role came in the 2005 film Junebug. As a result, her portrayal in the film earned a nomination for an Academy Award for Best Supporting Actress. In the year 2018, she received her first producer credit when she became the executive producer of HBO’s Sharp Objects.

In addition, Adams is a singer. She appeared in the 2011 version of The Muppets movie and recorded seven songs for the soundtrack.

Concerning her awards, Adams received two more Oscar nominations for her supporting roles in Doubt (2008) and The Fighter (2010). In addition, she received an Oscar nomination for her role in The Master (2012).

Furthermore, she played reporter Lois Lane in the 2013 superhero film Man of Steel. For her role in American Hustle, she won a Golden Globe Award.

Similarly, she also won Golden Globe Award for portraying artist Margaret Keane in the comedy-drama Big Eyes (2014). In the year 2016, Adams reprised the role of Lois in Batman v Superman: Dawn of Justice. Time Magazine named her one of the 100 most influential people in 2014.

Adams began working professionally as a dancer at Boulder’s Dinner Theatre in the mid-1990s. In addition, she worked at Country Dinner Playhouse and Heritage Square Music Hall.