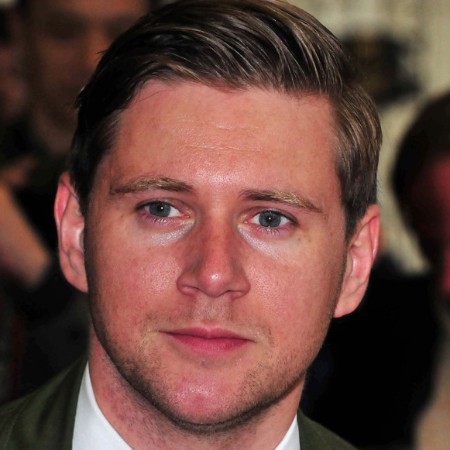 An Irish actor Allen Leech is best known for his role as Paul Prenter in Bohemian Rhapsody biopic.

When was Allen Leech born?

On 18 May 1981, Allen Leech came into this beautiful world in Killiney, County Dublin, Ireland. As of now, he is 40 years old. He was born under the sun sign of  Taurus. Every year, Allen celebrates his birthday on the 18th of May. Allen was born to David Leech (father) and Kay Leech (mother). By profession, his father is the CEO of a computer systems company and his mother is a housemaker.

He has three siblings one older brother Greg, a younger brother Simon, and one older sister, Alli. As per nationality, he holds Irish citizenship while he belongs to the white ethnicity. Similarly, Allen follows the Catholicism religion.

Where did Allen Leech go to College?

He has completed his schooling level at St Michael’s College. Aleen also attended Trinity College Dublin. At the age of 11, he became interested in acting. He was given the part of the Cowardly Lion in a school production of The Wizard of Oz and found he loved being on stage.

Who is Allen Leech married to?

Allen Leech is a happily married man. Allen has married his lover and actress Jessica Blair Herman. He first met his wife, Jessica at the Entertainment Weekly SAG Awards after-party three years ago. During their first meeting, they also danced the night away after Sunday night’s ceremony. He told people magazine about that incident saying:

“I approached Jessica, who at the time, I think you were dancing with the girls from Orange Is the New Black, and I saw you dancing,”.

Likewise, they got engaged in February 2018. Similarly tied the knot in an outdoor ceremony on 5 January 2019 at the Alisal Ranch and Resort in Solvang, California. As of now, they are spending quality time together.

Past Relationships of Allen Leech

Like many other actors and actresses, Allen likes to keep his personal life private. Before getting together with Jessica he had a relationship with 3 other women. Allen dated Charlie Webster in 2014. However, their relationship didn’t last long and after some time they broke up in 2016.

Likewise after breaking up with his girlfriend Charlie he dated Doone Forsyth. There is also no information about his 3rd girlfriend on any other media.

How much is Allen Leech’s Net Worth?

Allen Leech has gained a hefty sum of money from his successful career. He has an estimated net worth of around $5 million as of 2022. This income includes all his income, money, assets, and wealth. Allen is very happy with the income he received from his career.

Allen is living a lavish and joyful life with the money he received from his career. Similarly, Allen has earned a lot of names as well as fame in his career. His wealth comes mostly from being a successful TV Actor.

Does Allen Leech have a baby?

Yes, Allen has one baby with his beautiful wife Jessica. After some time of their marriage, the couple announced that they were expecting their first child in September 2019. However, there is not much information about the child in any media.

Allen and Niall Horan are not related but they just look alike. By professional Niall is a singer while Allen is an actor. At some interview when Andy Cohen asked the same question to Allen, he said:

“He’s my son*,” “I had him really young. I had the choice to give him to the circus or a boy band, I chose a boy band. He’s done much better there ’cause his backflips are terrible.”

However, it turned out to be just a joke and they are not related by blood or anything.

It seems Aleen did gain 20 pounds downtown from season 1 to the finale. Downton Abbey’s fictional Crawleys is based on the Earls and Countesses of Carnarvon. They still reside on the Highclere Castle where the series was filmed.

How tall is Allen Leech?

Allen is a handsome man with a good personality. Also, he has got both mentally and physically healthy bodies. Similarly, he has an athletic body type. He stands at a good height of around 5 feet 10 inches. Similarly, according to his height, his body weight is 80 kg. His body measurement such as chest size is 39 Inches, his waist size is 30 Inches and his bicep is 13 inches. Allen has a beautiful pair of blue color eyes while his hair is blonde.