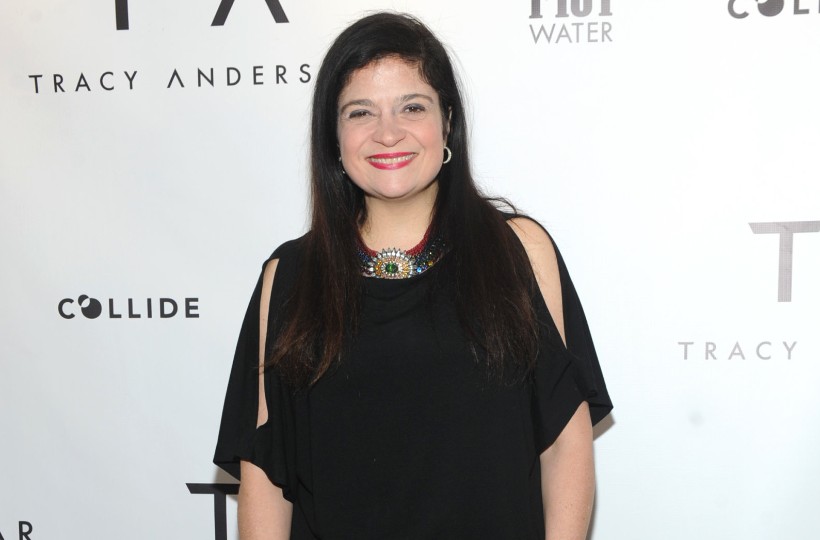 American Chef, Alex Guarnaschelli is currently serving as an executive chef at New York City’s Butter restaurant. Besides, she is also a TV personality who has appeared in TV shows like The Kitchen, Chopped, Iron Chef America, and so on.

Alex is one of the network’s most beloved chefs and judges, so many of her fans are curious to know more about her personal life which we’ll discuss below. Stay with us to know all information in detail.

Yes, Alex Guarnaschelli is still engaged to Michael Castellon. They met each other for the first time when Alex was having dinner at a restaurant with one of her friends and coincidentally Michael happened to be the chef at the restaurant at the time. Later, she met Micahel and told him how great her dinner was. During an interview, she mentioned about their first meet saying:

“I was out to dinner with a friend, and at a restaurant, and I knew the waiter, and I was eating dinner and I said, ‘This steak is just so good”. And the waiter, my friend, said, ‘Oh my God, my best friend is the cook, the chef, here. He’s amazing. You got to meet him.’ I went in to meet him and tell him the steak was delicious and that was it.”

On Alex’s 48th birthday, the couple got engaged. They announced their engagement through Alex’s Instagram on 20th June 2020. They are not in hurry to get married, but they mentioned that they want a massive wedding with a “dream” catering, whenever it takes place. Alex said:

“We’re not in any hurry, but I want to have a blowout.”

Who is Alex Guarnaschelli’s Boyfriend?

Alex’s boyfriend, Michael Castellon is an American chef.  He opened his eyes as Michael Joseph Castellon on 11th September 1981 in Florida, the United States of America. He had a keen interest in cooking since his childhood so, he started appearing in cooking reality shows.

Michael has appeared in several TV shows like Guy’s Grocery Games, Iron Chef America: The Series, and so on. As a contestant, he appeared on the 47th season premiere with a series of episodes, Chopped: Beat the Judge.

Alex was previously married to Brandon Clark. Her ex-husband, Brandon is an American lawyer. They met in 2006 and they dated for some months and finally shared the wedding knot in the year 2007 in an intimate wedding ceremony.

Their marriage kinda fell apart so they divorced in the year 2015. The reason behind their divorce was because Brandon was cheating on Alex with other women which led their marriage to divorce.

Does Alex Guarnaschelli have a Child?

Yes, Alex is blessed with a child from her first marriage with Brandon. She welcomed her daughter, Ava Clark on 24th September 2007. After divorcing her husband, she got full custody of her daughter. So, Alex is living a happy and peaceful life with her fiance and daughter.

Is Alex Guarnaschelli still a judge on Chopped?

Yes, Alex is still serving as a judge on the reality-based cooking television game show, Chopped. Besides, she is also an executive chef of Butter Restaurant and The Darby in New York City.

Who are Alex Guarnaschelli’s Parents?

Alex was born to Maria Guarnaschelli (mother) and John Guarnaschelli (father). Her mother is a cookbook editor and she is the only child of her parents. Her family moved to New York City when she was young.

What school did Alex Guarnaschelli go to?

Alex completed her schooling at Horace Mann School. She finished her graduation with a degree in art history at Barnard College in New York City, New York in the year 1991.