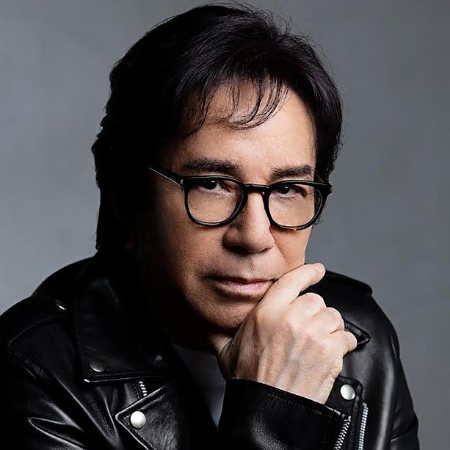 Where is Akira Fuse from?

Akira Fuse opened his eyes to this beautiful world on December 18, 1947. He was born in Mitaka, Tokyo, Japan. As of 2023, he is 76 years old and his zodiac sign is Sagittarius. Usually, he celebrates his birthday on the 18th of December every year.

Similarly, Akira grew up with his brother. his brother’s name is Tsutomu Fuse. Tsutomu is a Jurist by profession. Moreover, he holds Japanese nationality and belongs to a mixed (Japanese and Korean) ethnic background.

Yes, Akira Fuse is married to Yukari Morikawa. By profession, Yukari is a Japanese singer, musician, and actress. Akira and Yukari tied their wedding knot in the year 2013. They have been living together since their marriage.

Are Akira Fuse and Olivia Hussey still Together?

Akira was previously married to Olivia Hussey. Akira and Olivia started dating in 1980. They married on February 18, 1980, after only one month of dating.

After almost 9 years together, the couple divorced in 1989. The reason behind their divorce was that Akira wasn’t able to find work in the United States and Olivia couldn’t move her first-born son, Alexander Gunther Martin, to Japan.

Who is Akira Fuse’s Ex-Wife?

Olivia Hussey is Akira Fuse’s ex-wife. His ex-wife is an English film, stage, and television actress. Olivia was born on April 17, 1951, in Buenos Aires, Argentina. At the age of 15, Akira started her acting career. She made her debut opposite Vanessa Redgrave in The Prime of Miss Jean Brodie. In 1971, she starred in the British drama All the Right Noises, followed by the crime film The Summertime Killer.

Her awards include a Golden Globe and a David di Donatello Award. Also, Olivia has appeared in over a dozen films, some of them are The Battle of the Villa Fiorita, Cup Fever, The Summertime Killer, Death on the Nile, Turkey Shoot, Drama 61-67, The Thirteenth Day: The Story of Esther and many more.

Who was Olivia Hussey married to?

Olivia Hussey was married three times. She was married to an American pop singer and film and television actor, Dean Paul Martin. Olivia and Dean started dating in 1970 and got married on 17th April 1971. The couple divorced in the year 1978.

After separating from Dean, she married a Japanese singer, actor, and writer Akira Fuse. Akira was Olivia’s second husband.

Currently, Olivia is living in a conjugal relationship with David Glen Eisley. He is an American musician, singer, songwriter, and actor. Olivia and David tied their wedding knot in 1991. Since their marriage, they have been together for 31 years, and more to go.

Does Akira Fuse have a Child?

Akira is the father of a son. His son’s name is Maximillian Fuse. He had his son with his ex-wife Olivia. Also, he has other two stepchildren. His stepchildren’s names are India Eisley and Alexander Martin. India is the daughter of David and Alexander is the son of Dean.

How much is Akira Fuse’s Net Worth?

Akira Fuse’s net worth is estimated to be $5 million. He earns this million amount from his primary source of income as a singer, actor, and writer. According to some online resources, the average salary of a Japanese singer is JPY 7,291,970 and an actor is JPY 10,714,816 a year.

On the other hand, his ex-wife earns $8 million. According to some online resources, the average salary of an English film is £32,500 and a television actress is £26,850 per year.

What is Akira Fuse’s Height?

Akira stands at the height of 5 feet 7 inches tall and his body weight is around 72 kg. Similarly, he has an attractive pair of black eyes and his hair is brown in color.

Yes, Akira is a Korean as he belongs to a Korean ethnicity.

Where does Akira Fuse live?

Akira currently lives in Tokyo, Japan. He resided in Tokyo because it has a robust economy and an abundance of large corporations that have their headquarters there

What is Akira Fuse’s music genre?

Akira Fuse’s music genre is Japan Enka. It is a type of Japanese music that is thought to stylistically resemble traditional Japanese music.

Why did Akira Fuse and Olivia Hussey divorce?

Akira and Olivia Hussey divorced because he couldn’t find work in the United States and Olivia couldn’t move her first-born son, Alexander Gunther Martin, to Japan.