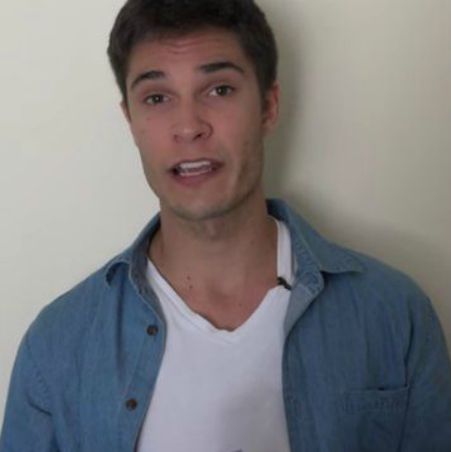 Well, only people with talent cannot get success. If you have a talent you must do hard work and determination in your work to taste success in life. One of them is Adrian Gruszka, a talented actor, Model, YouTuber, Entrepreneur, and so on.

The Australian actor earned fame through his YouTube channel and social experiments, pranks, public trolling, and so on. But the YouTuber’s social experiment  The Real Blind Man Honesty Test went viral over the internet which makes him more popular among the audiences.

Adrian Gruszka a.k.a Adrian Gee born on August 3rd, 1993, in Adelaide, Australia with the birth sign Leo. This marks his age 26-years- old as of 2019. He was born to Polish parents in Australia. He is Australian of nationality and belongs to white ethnicity. Gruszka had the interest to entertain people as an entertainer since an early age.

Moving towards his educational qualification, Adrian attended  New York Film Academy in Los Angeles and graduated from Flim Academy. During his time at Academy, he began to study acting and broadened his skills in filmmaking. Similarly, he tested his skills through pranks and social experiments.

Is Adrian Gruszka Single, Dating, or has a Girlfriend?

How Much is Adrian Gruszka’s Net Worth and Salary?

Adrian started his active involvement on his YouTube channel in 2012. In the beginning, he only posted videos related to his acting or films. After a few times, he thought to change his video content and went out of his comfort zone. Then, Gruszka began to engage with the public through pranks and social experiments. His social experiment  The Real Blind Man Honesty Test give him much needy popularity and the video went viral. After this, YouTube Channel subscribers increased at an unexpected rate.

After a huge success of his social experiments, Adrian began to make more prank videos like talking to girls in the streets about a relationship and other ideas regard to dating also. Because of so much interesting content, his YouTube career is a success as of now.

The Career Journey of The Australian Actor Adrian Gruszka