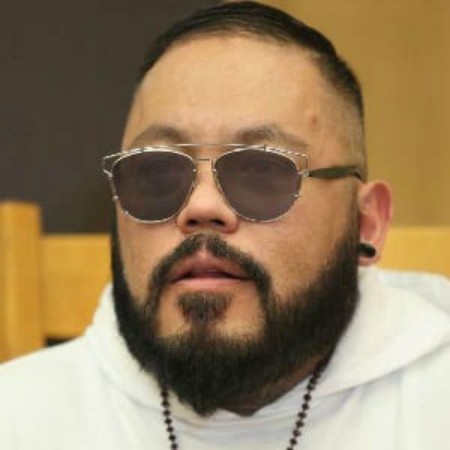 A. B Quintanilla III is an American record producer, songwriter, as well as a musician. He is known as a member of the band ‘Los Dinos.’

What is the Age of A.B Quintanilla III?

A.B Quintanilla III was born on December 13, 1963, in Toppenish, Washington, in the United States of America. As of 2022, he is 59 years old and his sun sign is Sagittarius. His parents are Abraham Quintanilla Jr. And Marcella Samora. Abraham is an American singer-songwriter as well as a record producer.

He has two siblings named Suzette Quintanilla and Selena. Quintanilla was exposed to the world of music at an early age. He is of American nationality and belongs to the mixed ethnic background of Mexican, Spanish, and Native American. Similarly, he follows the Christianity relgion.

Who is A.B Quintanilla III Married to?

Currently, A.B. Quintanilla III is a divorced person. Previously, he was married to Rikkie Leigh Robertson. The couple exchanged their vows on 4 November 2011. Furthermore, he has eight children, including Savani Quintanilla and Giani Quintanilla.

Quintanilla announced that he was splitting up with his wife after a concert on July 5, 2016. After that, he is living a single life peacefully.

He became part of a controversy after he was arrested during a scheduled hearing on August 17, 2017. Moreover, he also had a controversy with member Cruz Martinez of the band ‘Kumbia Kings.’

Quintanilla has an estimated net worth of around $5 million as of 2022.  As he is working as a producer, songwriter, as well as a musician, he earns a decent amount.